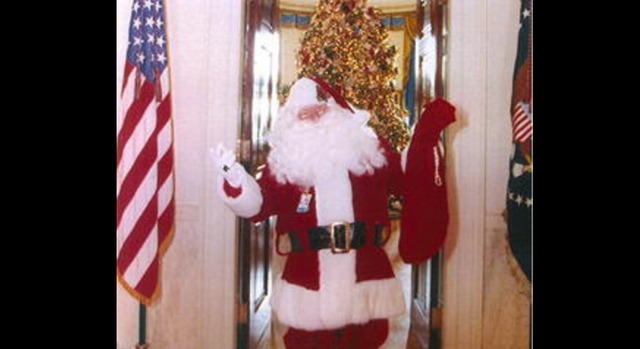 While standing guard over a Christmas party at the White House, dressed in an elegant red Santa Claus suit, Jim Shea confided to a guest that he was actually a uniformed officer with the U.S. Secret Service.

“Are you carrying a weapon?” the fellow asked.

“That’s a secret,” replied Shea, “and that’s why they call us the ‘Secret Service.’” Shea was wearing a weapon, as was revealed a few weeks later by CBS News reporter Mark Knoller, who identified Shea as the “Pistol-Packing Santa of the White House.”

Now retired after 27 years of active service, Shea reflects on having protected three presidents and their families, including the Reagans, Clintons and George H.W. Bush and his family. And because of his unique theatrical flair, Shea had many occasions to do this while dressed in a crimson suit, trimmed in white, and sporting a long white beard. Shea was the “Secret Service Santa.”

A devout Irish Catholic, Shea and his wife, Linda, also love the Mormon missionaries, having invited many a companionship to live in the basement of their home in Fredericksburg, Virginia. 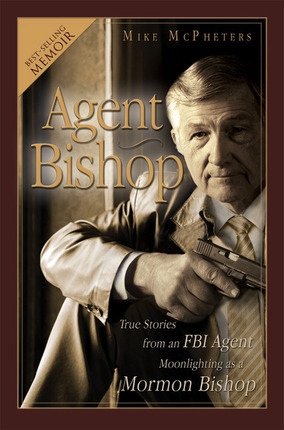 For more exciting stories of faith and federal officers, check out Agent Bishop.

When Mike got his dream job as an FBI agent, he never thought he would also be called as an LDS bishop four times! Follow Mike as he recalls his adventures as an FBI agent and inspiration as a bishop. As Mike fought crime and Satan with a pistol in one hand and scriptures in the other, he learned the importance of obedience in both jobs. Filled with surprises and unexpected thrills, and told with humor and ease, Agent Bishop: True Stories from an FBI Agent Moonlighting as a Mormon Bishop is the perfect memoir for the FBI agent in all of us!

Mormon Life Christmas HolidaysChristmas,Holidays,Mormon Life
Comments and feedback can be sent to feedback@ldsliving.com