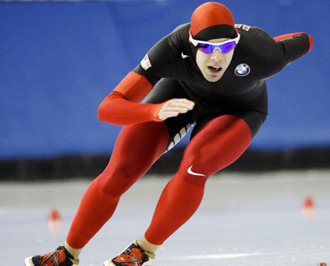 Parker Vance thought he knew happiness when he attained his childhood goal of being named to the U.S. Speedskating team in 2005.

However, he quit before he could really appreciate the achievement.

The Kearns, Utah, native traded his U.S. Speedskating uniform for a different kind of uniform — a suit, white shirt, tie and a nametag identifying him as a missionary for The Church of Jesus Christ of Latter-day Saints.

"It was always the plan that I was going on a mission," said Vance, who graduated from Kearns High School. "Most people were very supportive."

And far from the ice in Latvia, where he was called to serve, Vance found something that even speedskating success hadn't given him.

"I didn't know it was possible to be that happy," said Vance, who served from 2006 to 2008, and now he's back to pursuing his dream of representing the U.S. in speedskating.