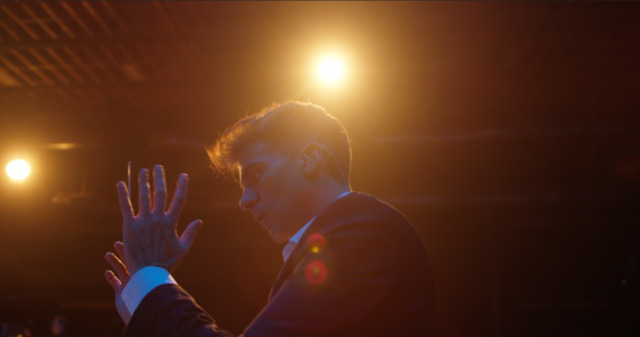 Rob Gardner on what he admires most about John Williams’s work, the power of ‘Lamb of God’ as a concert film, and the challenges of composing

An abridged version of this interview appeared in the May/June 2021 issue of LDS Living magazine.

Rob Gardner is the composer of many beloved works, including Lamb of God and Joseph Smith: The Prophet. He is also the director, arranger, and conductor of Cinematic Pop. This year, Gardner brought the cinema and the sacred together by transforming Lamb of God into a concert film, a DVD of which is now available for preorder at deseretbook.com. We recently asked him about his faith and what motivates his music.

What was your motivation for making Lamb of God into a concert film?

► You may also like: Latter-day Saint composer Rob Gardner reflects on inspiration behind Easter oratorio ‘Lamb of God’

What do you want people to take away from watching Lamb of God as a concert film?

Lamb of God has always been, for me, about hope. The main centerpiece is a song called “Here Is Hope.” It’s the song that Mary the mother of Jesus sings just after Christ dies. The line came to me that she would say, “Hope did not die here, / But here was given.” I feel like we are always in need of hope, but right now everything in the world seems so crazy, so I think it is more appropriate than ever to say, Hope did not die here—here hope is given.” Whenever we step out on stage, that’s what I want people to leave with—a sense of hope.

Is there anything new or different people can expect to see in the film?

Usually we have a choir of more than 100 people [on] stage, and the orchestra is 60 or 70 [people]. And that’s part of, for me, what makes it Lamb of God, is this huge, massive, gloriousness. . . .[But] we realized pretty quickly that our choir could only be 30 voices and our orchestra could only be 20, and that drastically changes [things].

So in the midst of not only creating a movie, I had to go in and re-orchestrate the entire piece for 20 instruments and a 30-piece group choir. You still get that massive sound [thanks to] great singers and great players, but there’s also now an intimacy to it as well. . . . The whole idea was to be able to put the audience in the performance as opposed to sitting aisles away. It became really intimate, almost, in moments—I would say it feels like we are intruding on [the characters], which is really powerful to sit with Peter or with Martha or with Thomas in their grief, or in their trying to understand.

► You may also like: 3 Latter-day Saint films to enjoy with your family this summer

Who is a musician you look up to?

I really look up to John Williams. His was the first music that I noticed, when I was [age] 14 or 15, that was orchestral. And I was like, “This is so cool,” so I started to look at more of his stuff. The way that he orchestrates in such a brilliant way is really amazing. There’s a simplicity and a deepness to what he does that I’ve always admired.

What do you think is the most challenging part of composing music?

I think the hardest part of the composing process is probably finishing. Every time I come back to Lamb of God, or whatever else, I wonder if I could orchestrate something better, but ultimately if the feeling of it is perfect, then the work is perfect. There are always going to be flaws . . . but being able to accept that this evokes the emotion that I was hoping to give to people—that has to be enough at some point.

What advice do you have for those who would like to compose music?

My advice is always to just do it. I think we look at the world and we see people that are successful in the realms we want to be successful in, especially with entertainment, and we think that someone handed it to them, or they were just discovered somehow. Reality shows give you this sense that you can go somewhere and sing in the right place, and then you’ll be a superstar—and that is just not the case. As a creator, if you wait for someone to come to you and commission something, you’re going to be waiting for a very long time.

Why do you think people love music so much?

It’s funny to me that during the pandemic, one of the first things they said was [that] no one should sing because it’s so dangerous. And I don’t dispute that, [but] we can’t stop singing. We have to sing. Even if it’s in our own homes by ourselves.

What I do know is that music has this intense power. Anybody who does any instrument knows that. It’s a power that needs to be used because we crave, as human beings, to feel something, to feel a different array of emotions. With Lamb of God, if it was all just joyous music that would be great, but the joyous music is made more joyous by having something before [it] that creates some tension in you.

► You may also like: How enduring excruciating pain helped this musician portray Christ’s voice in the film ‘Lamb of God’

What hobbies do you have outside of music?

My life is not my life without the people in it. Whether it’s family or friends or both, just spending time with people doing anything, honestly, is enjoyable for me. I’ve discovered that most of the other composer friends that I’ve met keep to themselves a little bit more, but I am the exact opposite. I am way too social, and it’s a bit of a problem when I have to work.

I also play ’80s and ’90s music nights at coffee shops with some buddies of mine. I play keyboard in the back, and it’s awesome because I don’t have to be in charge. I just get to jam.

What does it mean to you to let God prevail in your life?

That’s a great question, and my answer might feel incongruous, but for me it’s not. Seek for what you should do, but in the end, I think that God wants us to make our own decisions. With this concert film, it felt so right, and then guess what? It was the hardest thing in the world to accomplish. I [didn’t] know if anybody [would] love it, but I did it. I had amazing experiences and met amazing people, and so in the end it was the right thing to do for me. We search for God’s will, but often God is going to reveal His will through [us] doing things. 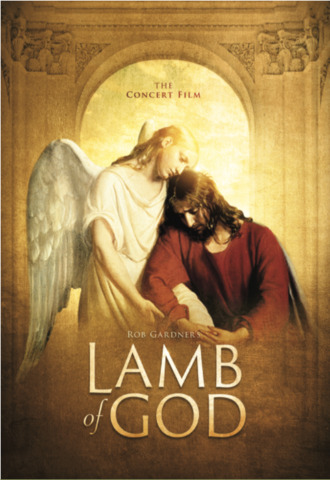 Experience the power of the last week of Jesus Christ's mortal ministry as told through the widely popular and sacred oratorio Lamb of God. this unique concert film brings composer Rob Gardner's music to the big screen for the first time as audiences are able to see a new orchestration and new soloists perform a work that has been compared to Handel's Messiah and Mozart's Requiem.

Order at deseretbook.com today to get a great gift for Father's Day!