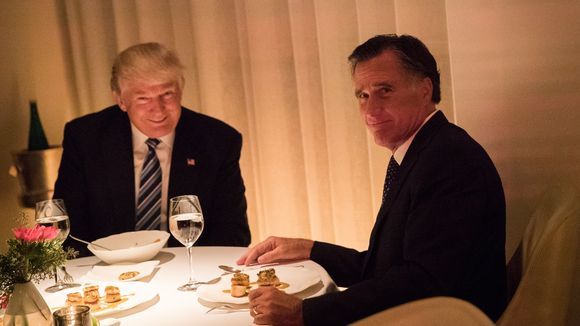 "By the way, it's not easy winning. I know that myself. He did something I tried to do and was unsuccessful in," Mitt Romney said after his dinner with President-elect Donald Trump. "He won the general election and he continues with a message of inclusion and bringing people together and his vision is something which obviously connected with the American people in a very powerful way."

Mitt Romney, the former GOP presidential nominee being considered for secretary of State, praised President-elect Donald Trump on Tuesday night after a dinner in New York.

"I happen to think that America's best days are ahead of us," Romney said after dinner, according to pool reports. "I think you're going to see America continue to lead the world in this century."

Romney, who said he was discussing "affairs throughout the world" with Trump, told reporters he was "impressed" with how Trump handled his victory speech and his transition efforts, naming Cabinet-level nominees such as South Carolina Gov. Nikki Haley and Alabama Sen. Jeff Sessions.