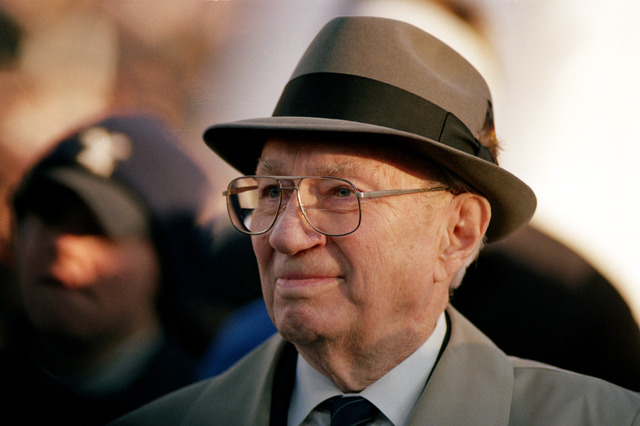 SPONSORED: Photograph of Pres. Hinckley is famous among members

If church members were to think of their favorite photograph of President Gordon B. Hinckley, they would most likely imagine the one famously taken by photographer Boyd Ivey.

Ivey was able to capture this photo of President Hinckley during the ceremony that has come to be one of the most popular photos of the prophet ever taken.

Ivey gave the photo to his family as Christmas gifts and thought that would be the end of it. To his surprise, numerous people began to call asking for the photo. The requests for the photo continued for years afterward and he still receives requests.

Ivey has also captured a photograph of President Monson that shares a similar story. It was taken on September 6, 2003 in Provo and also on the football field at LaVell Edwards Stadium. During halftime of the Georgia Tech - BYU game, there was a ceremony to retire Steve Young's jersey.  For this ceremony President Monson was present to make the announcement. Ivey was there and was able to capture the photo of President Monson.

To own your own copy of these beautiful photographs, learn more at boydiveyphotography.com. Orders made by December 17 will be delivered by Christmas.