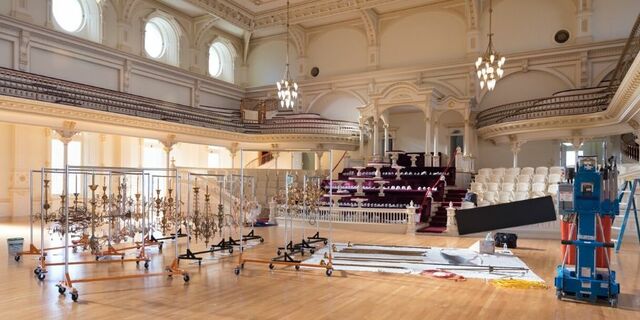 This story will be updated throughout the Salt Lake Temple renovation. For more information, visit templesquare.org.

Church Newsroom released photos that show the progress of furniture removal inside the temple. 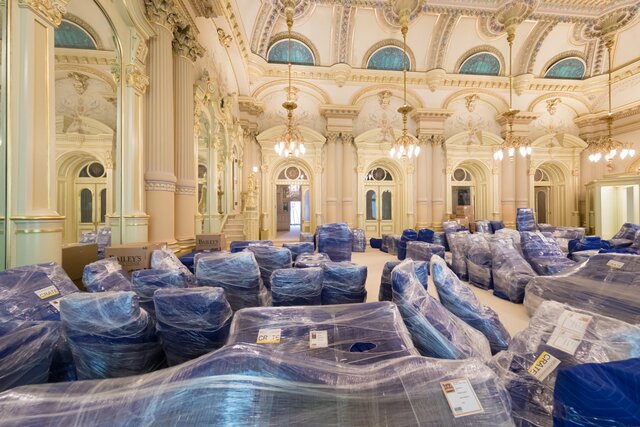 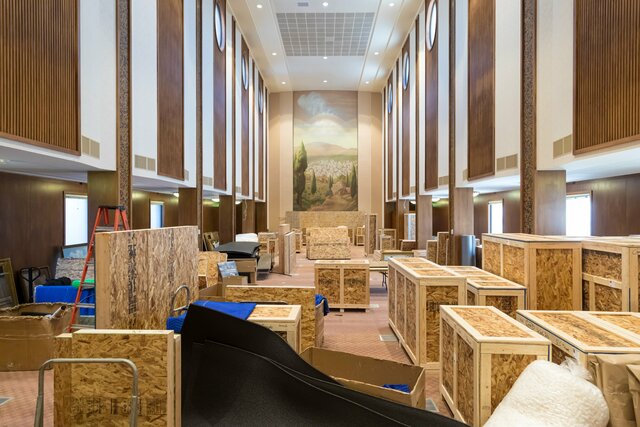 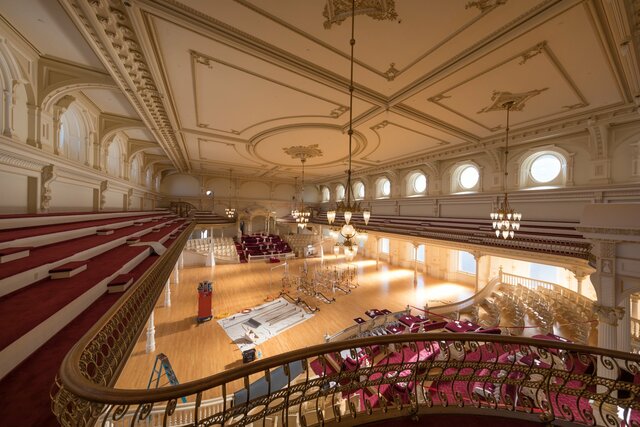 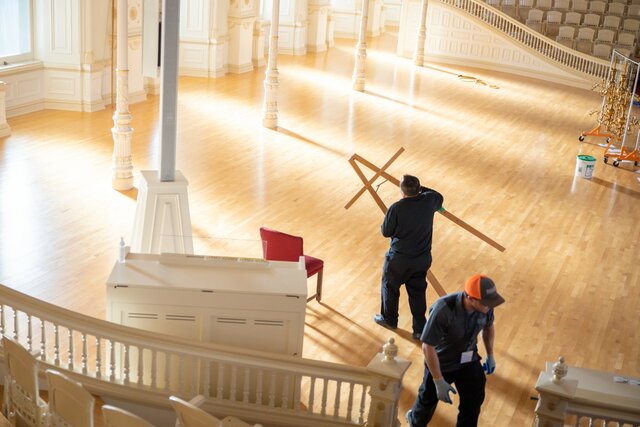 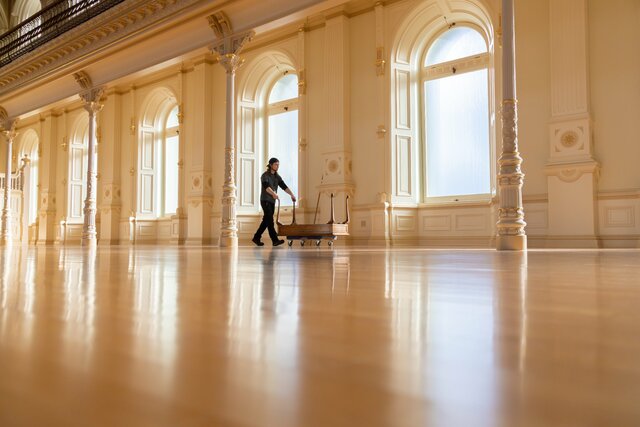 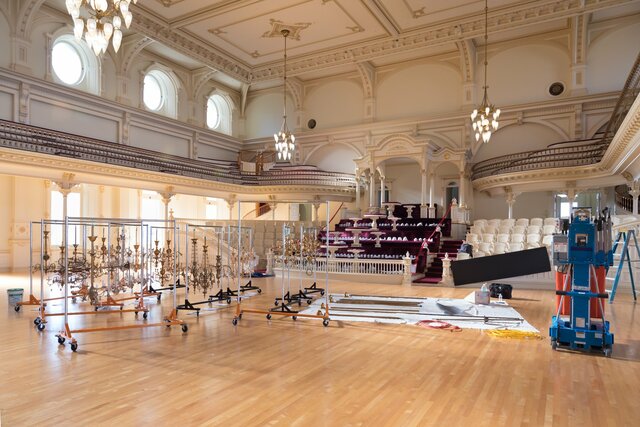 On January 17, 2020, demolition began on the South Visitors’ Center.

The demolition of the Temple Square South Visitors’ Center began today. This will allow construction crews to excavate around the Salt Lake Temple for the temple’s four-year-long renovation.

Statues south of the temple, including statues of Hyrum and Joseph Smith—each of which weighs approximately 18,000 pounds—were removed and put into storage. 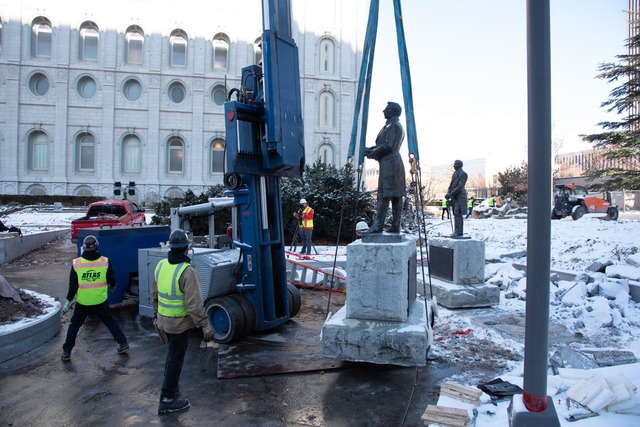 Trees and vegetation were also removed from the site.

“We are working to carefully preserve some of the trees, transplant them and then replant them at the end of the project,” Andy Kirby, director of historic temple renovations, told Church Newsroom. “We will also plant additional trees when we finish the renovation, so there will be more trees on Temple Square than there were when this project began.”

Special care is being made to preserve the Cedar of Lebanon tree, which was planted more than 70 years ago.

Excavation around the Salt Lake Temple to install the base isolation system will begin soon. 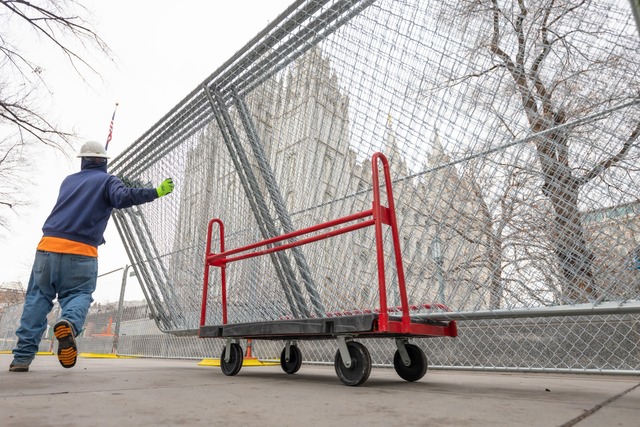 Church Newsroom released a story on January 7, 2020, that explained the Salt Lake Temple was undergoing decommissioning. The process involves removing items from the temple, including temple clothing, furniture, temple records, and other items used in the completion of temple ordinances. Additionally, preparations were made for construction with temporary power and utilities and asbestos abatement.