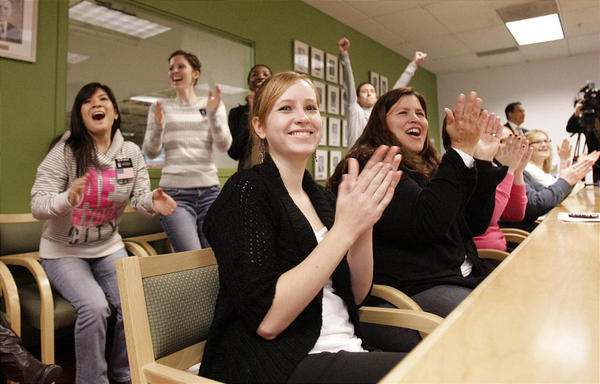 Or at least they like the fact that the world's largest retailer awarded a $1 million grant to hunger-fighting charities in Salt Lake City, a portion of which will go to the Utah Food Bank. Meanwhile, the Ogden-Clearfield area will receive $100,000.

Salt Lake earned the highest number of online votes in Wal-Mart's nationwide Fighting Hunger Together contest. At the Utah Food Bank, funds will be used to further the agency's mission of serving 150 food pantries and food bank across the state.

Of the 10 million votes cast, more than half were for the two Utah communities, Wal-Mart officials said Wednesday.