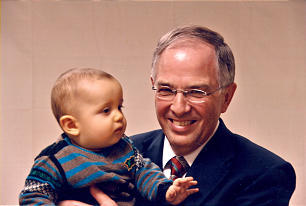 It was a joyful day for Latter-day Saints in France as they celebrated the 20th anniversary of the creation of the Bordeaux France Stake and welcomed Elder Neil L. Andersen of the Quorum of the Twelve — an apostle who was able to speak to them in their native tongue.

For Elder Andersen, accompanied by his wife, Sister Kathy Andersen, the assignment to France was much more than a regular visit — it was a return to their mission and the first return while on official assignment as an apostle.

"It has been a wonderful blessing for me to watch the Church in the French-speaking countries of Europe as it has progressed during the last forty years," Elder Andersen told the Church News.