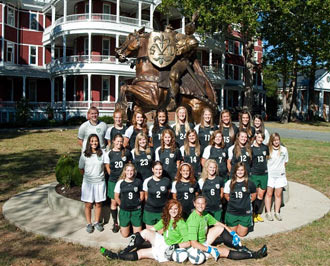 School may face punishment in event of Sabbath-day forfeit

For the Southern Virginia University women's soccer team, the choice of whether or not to compete on Sunday is clear — even when the outcome is not.

SVU, a liberal arts college in Buena Vista, Va., that embraces Mormon values, has always chosen not to play on Sunday. This year, as the women's soccer team prepares to play at a United States Collegiate Athletic Association-sponsored tournament at Vermont Technical College, the school has a difficult decision.

According to school officials, SVU has been notified by the USCAA that if it chooses to forfeit a Sunday game at the tournament, the entire athletic department could face sanctions. Such sanctions may impact SVU's ability to compete in future tournaments and receive postseason recognition.