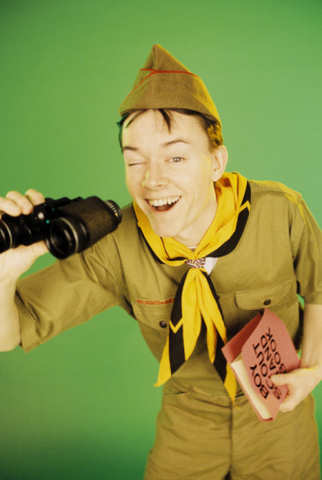 In shopping around for a Cub Scout program for their two sons, ages 6 and 8, Jeremy and Jodi Stokes decided on the one at Christ Covenant Church in Matthews, N.C.

The Stokes', also of Matthews, weren't members of the evangelical megachurch, but they had many friends who were. And unlike the Cub Scout pack at their own church, which doesn't have a program for 6-year-old Tiger Scouts, Christ Covenant's was big enough to accommodate both of their boys.

The couple even signed up to be Scout leaders — he would lead the Bears, she'd help with the Tigers — when they discovered the church needed more adult help. And when the Scouting officials at Christ Covenant found out Jeremy Stokes was an Eagle Scout, they were thrilled.

So why, in the end, did Christ Covenant reject the Stokes' application to be Scout leaders?

Because they're Mormons. And, therefore, not real Christians, church officials told the couple last month.