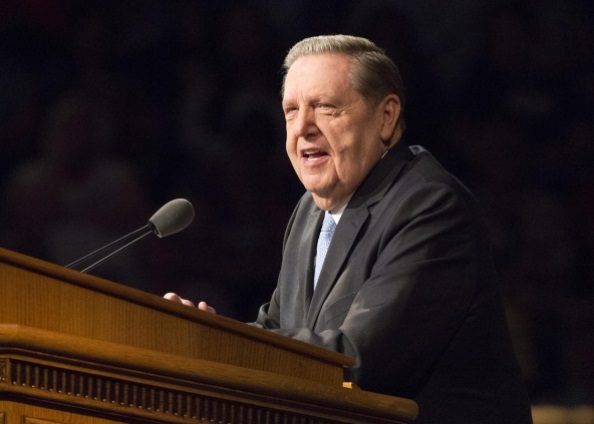 View within the Veil

After the prophet stepped through the veil to behold the Savior of the world, he was not limited in seeing the rest of what the eternal world revealed. Indeed, the Lord showed him "all the inhabitants of the earth which had been, and also all that would be; and he withheld them not from his sight, even unto the ends of the earth." 29The staying power and source of privilege for such an extraordinary experience was once again the faith of the brother of Jared, for "the Lord could not withhold anything from him, for he knew that the Lord could show him all things." 30

This vision of "all the inhabitants of the earth which had been, and also all that would be . . . even unto the ends of the earth" 31was similar to that given to Moses and others of the prophets. 32In this case, however, it was written down in detail and then sealed. Moroni, who had access to this recorded vision, wrote on his plates "the very things which the brother of Jared saw." 33Then he too sealed them and hid them again in the earth before his death and the destruction of the Nephite civilization. Of this vision given to the brother of Jared, Moroni wrote, "There never were greater things made manifest than those which were made manifest unto the brother of Jared." 34

Those sealed plates constitute the sealed portion of the Book of Mormon, which Joseph Smith did not translate. Furthermore, they will remain sealed, literally as well as figuratively, until future generations "shall exercise faith in me, saith the Lord, even as the brother of Jared did, that they may become sanctified in me, then will I manifest unto them the things which the brother of Jared saw, even to the unfolding unto them all my revelations." 35

The full measure of this unprecedented and unexcelled vision—"never were greater things made manifest"—are yet to be made known. But consider what was made known in the course of one man's experience in receiving it, consider that the time was approximately two thousand years before Christ's birth, and consider what is not presently contained in the Old Testament canon of that period regarding Jehovah and his true characteristics.

Jehovah, the God of the pre-Christian era, was the premortal Jesus Christ, identified here by that name. 36

Christ has a role as both a Father and a Son in his divine relationship with the children of men. 37

Christ was "prepared from the foundation of the world to redeem [his] people," 38knowledge that had been shared before with Enoch and would later be shared with John the Revelator. 39

Christ had a spirit body in the premortal form of his physical body, "like unto flesh and blood," including fingers, voice, face, and all other physical features. 40

In some manner Christ assisted in creating man, a creation ultimately performed by the Father. In that process the bodies of the human family were like unto "the body of [Christ's] spirit." 41

With a spirit body and the divinity of his calling, the premortal Christ spoke audibly, in words and language that could be understood by mortals. 42

Christ is a God, acting for and with his Father, who is also a God. 43

Christ reveals truths to some that are to be kept from others until an appointed time (his "own due time"). 44

Christ uses a variety of tools and techniques in revelation, including the interpreting power of "two stones" such as those used in the Urim and Thummim. 45

Christ's later atoning, redeeming role was clearly stated even before it had been realized in his mortal life. Furthermore, in a most blessed way for the brother of Jared, it was immediately efficacious: "I am he who was prepared from the foundation of the world to redeem my people," Christ said. "In me shall all mankind have life, and that eternally, even they who shall believe on my name; and they shall become my sons and my daughters." 47

Then the brother of Jared had his redemption pronounced, as though the Atonement had already been carried out: "Because thou knowest these things ye are redeemed from the fall," Christ promised him, "therefore ye are brought back into my presence; therefore I show myself unto you." 48

This last statement underscores the eternal nature of the Atonement, its impact reaching out to all who lived before the Savior's birth as well as all who lived after it. All those in Old Testament times who were baptized in Christ's name had the same claim upon eternal life that the brother of Jared had, even though Christ had not yet even been born. In the infinite and eternal matters of the Atonement, as in all other eternal covenants, "time only is measured unto men" 49and prophets could speak of events yet to be "as though they had already come." 50

Moroni, in recording the experience of the brother of Jared, added these additional insights and revelations from the same encounter:

Future disciples would need to be sanctified in Christ to receive all his revelations. 51

Those who reject the vision of the brother of Jared will be shown "no greater things" by Christ. 52

At Christ's command "the heavens are opened and are shut," "the earth shall shake," and "the inhabitants thereof shall pass away, even so as by fire." 53

Believers in the vision of the brother of Jared will be given manifestations of Christ's spirit. Because of such spiritual experience, belief will turn to knowledge, and they will "know that these things are true." 54

"Whatsoever thing persuadeth men to do good" is of Christ. Good comes of none except Christ. 55

Christ is the light, the life, and the truth of the world. 58

Christ will reveal "greater things," 59"great and marvelous things," 60knowledge hidden "from the foundation of the world" 61to those who rend the veil of unbelief and come unto him.

Believers are to call upon the Father in the name of Christ "with a broken heart and a contrite spirit" if they are to "know that the Father hath remembered the covenant which he made" unto the house of Israel. 62

Christ's revelations to John the Revelator will be "unfolded in the eyes of all the people" in the last days, even as they are about to be fulfilled. 63

Christ commands all the ends of the earth to come unto him, believe in his gospel, and be baptized in his name. 64

Signs will follow those who believe in Christ's name. 65

Those faithful to Christ's name at the last day will be "lifted up to dwell in the kingdom prepared for [them] from the foundation of the world." 66

In the glow of this revelation comes an appeal to all who will one day receive it. Asking the latter-day reader to pierce the limits of shallow faith, Christ cries:

"Come unto me, O ye Gentiles, and I will show unto you the greater things, the knowledge which is hid up because of unbelief.

"Come unto me, O ye house of Israel, and it shall be made manifest unto you how great things the Father hath laid up for you, from the foundation of the world; and it hath not come unto you, because of unbelief.

"Behold, when ye shall rend that veil of unbelief which doth cause you to remain in your awful state of wickedness, and hardness of heart, and blindness of mind, then shall the great and marvelous things which have been hid up from the foundation of the world from you—yea, when ye shall call upon the Father in my name, with a broken heart and a contrite spirit, then shall ye know that the Father hath remembered the covenant which he made unto your fathers, O house of Israel." 67

The Book of Mormon is predicated on the willingness of men and women to "rend that veil of unbelief" in order to behold the revelations—and the Revelation—of God. The brother of Jared may not have had great belief in himself, but his belief in God was unprecedented. In that there is hope for us all. His faith was without doubt or limit.

"I know, O Lord, that thou hast all power, and can do whatsoever thou wilt for the benefit of man; therefore touch these stones, O Lord, with thy finger." 68 From the moment of that utterance, the brother of Jared and the reader of the Book of Mormon would never again be the same. Once and for all it was declared that ordinary people with ordinary challenges could rend the veil of unbelief and enter the realms of eternity. And Christ, who was prepared from the foundation of the world to redeem his people, would stand in all his glory at the edge of that veil, ready to receive the believers and show them "how great things the Father had laid up" for them at the end of faith's journey. 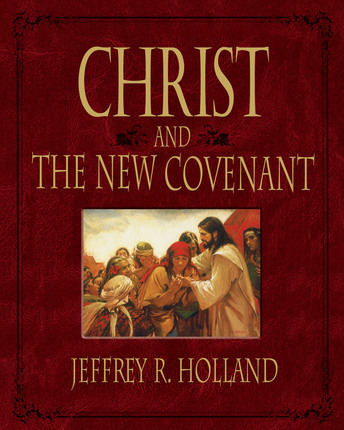 Get more incredible insights about the Book of Mormon from Elder Holland in Christ and the New Covenant.

^8. Ether 2:23-25; emphasis added here and in other scriptures throughout this book.