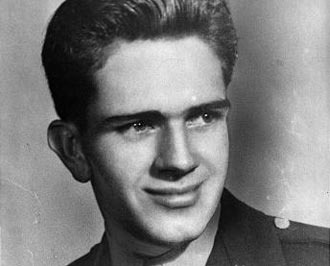 Serving in the line of duty: President Boyd K. Packer

One in a series of experiences of LDS Church leaders who have served in the armed forces.

A young Boyd K. Packer, now president of the Quorum of the Twelve, enlisted in the United States Air Force in the spring of 1943. He was trained to fly bombers and was assigned as a pilot in the Pacific. Boyd was stationed with the American occupation forces in Japan for nearly a year. During that time, he was instrumental in baptizing the first Japanese family that joined the LDS Church after the war.

Boyd K. Packer's brother, Col. Leon C. Packer, was a much decorated pilot who became a brigadier general in the Air Force. Before Boyd left for the war in the Pacific, he visited with his brother in Washington, D.C. He asked his brother how he kept himself together in dangerous situations. His brother replied that he had a hymn he would sing to himself, and the hymn would sustain him and help him stay on the course. In the following account, Boyd shares a time when his brother's advice helped him through a dangerous situation.