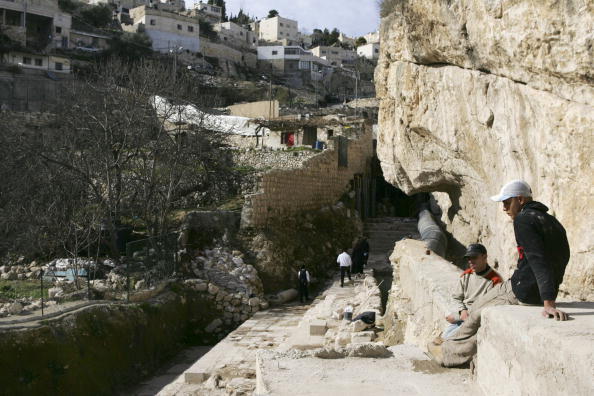 In 2004, workers were summoned to repair a damaged sewer pipe. The pipe lay under a small potato field in the Palestinian Arab neighborhood of Silwan, in southeastern Jerusalem just outside the Old City walls. Following standard local practice, a team of archaeological observers accompanied them, wrote Yaakov Katz in "New Discovery in Jerusalem's City of David: 2,000-year-old Pilgimage Road," published June 30 in The Jerusalem Post, online at jpost.com.

To their surprised delight, the team discovered several wide stairs located just a dozen yards from what they soon confirmed to be the ancient pool or “mikveh” of Shiloah. Ancient pilgrims would ritually immerse themselves at Shiloah in order to be cleansed for their climb up to Jerusalem’s temple, which loomed just above them to the north, wrote Katz about his tour of the discovery. Shiloah, which gave the Arab village of Silwan its name, appears in the New Testament as “Siloam” — figuring, for example, in the account of the healing of a blind man given at John 9:1-9. 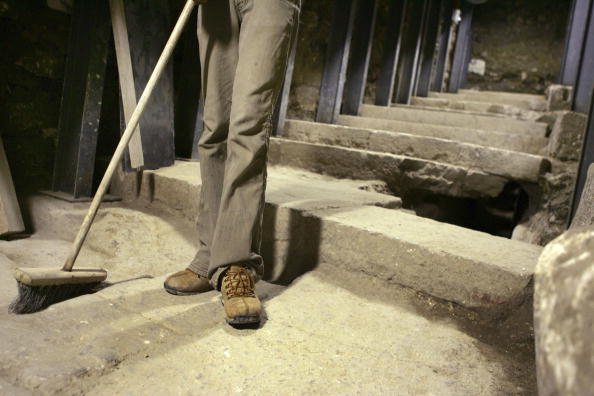 A Palestinian worker sweeps dust from a recently discovered 2000-year-old road believed to be one used by Jewish pilgrims during the Second Temple period. (Photo by David Silverman/Getty Images)

Eventually, a largely intact ancient stone road was identified, extending from Silwan up to the area of what is known today as Robinson’s Arch, a partially surviving entrance to the southwestern corner of the ancient temple platform. The “Pilgrim’s Road” or “Pilgrimage Road,” as it’s coming to be called, is approximately 2,000 old and is very likely the path that Jesus and his disciples — like other Jewish leaders and sages, as well as ordinary people — would have taken to ascend to the temple of Jerusalem, Katz reported.

Article by Daniel Peterson; images from Getty Images. Lead image of Palestinian workers taking a break from cleaning the Siloam spring, used by Jewish pilgrims during the Second Temple period, on January 28, 2007, below the walls of the Old City of Jerusalem. Archaeologists working for an Israeli settlers association announced they had found what they believe is the main pilgrims way from the spring to the 2nd Jewish Temple, which was destroyed by the Romans in 70 AD. Two thousand years ago, Jews living in ancient Jerusalem would purify themselves in the Siloam spring before making their way to prayers on the Temple Mount. (Photo by David Silverman/Getty Images)