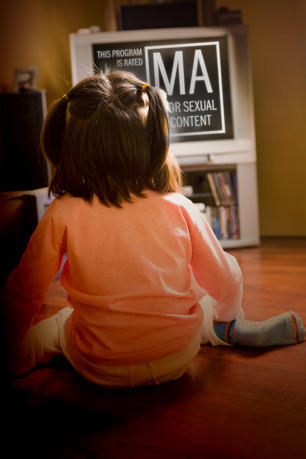 Sex and Television: How America went from 'I Love Lucy' to 'Playboy Club'

In a bright-pink tank top, a light-haired girl crosses the student parking lot of West Beverly Hills High School. She walks past a Bentley and a blue mini-cooper before she stops suddenly as she spots a friend nervously entering his SUV.

She checks out her reflection in a nearby car window, and from the way she fusses with her hair, it's clear she wants to impress him. Smiling broadly, she begins walking toward the teenager's car. Ethan, however, is in no position to say hello. His attention is focused on another teenage girl, who is performing a sex act on him inside the SUV.

The scene is from an episode of the redux "90210," airing Monday nights during the first hour of prime time on the CW network.

Sex-scenes, even sleeping in the same bed, were once verboten on any hour of network television, but they are now everywhere, even during prime time, when many children are watching.