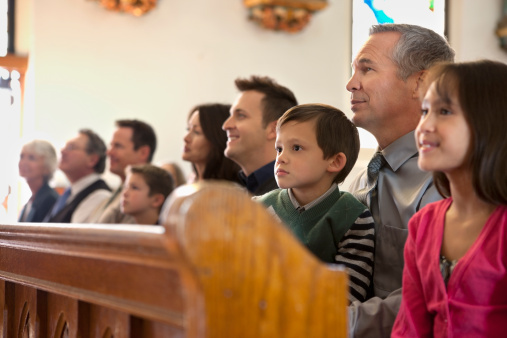 Sheri Dew: Leaders of the Church Are Not Perfect or Infallible, but They Are Indispensable

The following is an excerpt from Sheri Dew's Worth the Wrestle.

Our challenge is to put off the natural man, yield to the enticings of the Holy Spirit, and become saints through the Atonement of Jesus Christ (see Mosiah 3:19). This process is rehabilitative by nature. And we need help through it.

Thankfully, gratefully, we have help . . . The Lord has given us prophets, seers, and revelators who see the path ahead; who have authority and power that authorize them to prescribe a spiritual regimen designed to help us get stronger; who warn us about pitfalls and setbacks and how to avoid them; who, when we have setbacks, often of our own making, show us how to heal; and who cheer us on by speaking in the name of the Lord and communicating His love for us.

The Lord’s frequent, repeated warnings about listening to His prophets raise the question: What does stoning and casting out prophets, seers, and revelators look like today? Avoiding their messages? Criticizing them? Suggesting they step aside when the vicissitudes of age overtake them? Using social media to attack them? Leaking records or videos of private meetings in an effort to embarrass them? Attempting to discredit them? Or simply refusing to listen to them? The list could go on and on.

Stay Near Those Who Hold Priesthood Keys

Not long ago I attended a devotional in a young adult stake where members of the stake were encouraged to bring every question they had about marriage, including the Church’s position on gay marriage. It was a remarkable evening. The questions were thoughtful, poignant, and pointed, and they covered one sensitive issue after another. The stake presidency responded in a direct, confident, but humble manner. If they didn’t know the answers, they said so. Often their responses directed those present to the scriptures and invited them to study more deeply on their own.

For me, though, the highlight of the evening came in the stake president’s concluding remarks. In response to a question from someone experiencing same-sex attraction who was frustrated by the Church’s position on gay marriage, the stake president responded, “Please understand that Satan will do everything he can to encourage you to separate yourself from those who hold priesthood keys. My plea is that, regardless of the nature of your personal struggles, you don’t ever succumb to that temptation. Those who hold keys can help you and guide you in ways others cannot.”

In that brief statement, the stake president put in perspective the profound privilege we have of being led, on all levels of Church government, by those who have priesthood keys—which keys open the flow of God’s power to all who serve and labor under their direction. This applies in a unique way to prophets, seers, and revelators, who hold all of the keys of the kingdom of God.

Prophets Are Prepared for Their Work

Understanding the foundational doctrine that a living prophet and living apostles walk the earth today is crucial to understanding the unique nature of The Church of Jesus Christ of Latter-day Saints. The truth about prophets does not depend upon the votes of men and women, nor is it based upon reason, intellect, or popularity. The Lord’s Church is led by His living prophet, who becomes President of the Church through a process put in place by the Lord Himself.

Does having this divinely inspired structure in place mean mistakes are never made in the Lord’s Church? Of course not. The Lord runs His Church with mortals, and sometimes mortals make mistakes. As Elder Jeffrey R. Holland explained, “Except in the case of His only perfect Begotten Son, imperfect people are all God has ever had to work with. That must be terribly frustrating to Him, but He deals with it. So should we. And when you see imperfection, remember that the limitation is not in the divinity of the work” (“‘Lord, I Believe,’” Ensign, May 2013).

Moroni articulated the most productive way to respond to mortal errors when he admonished future readers of the Book of Mormon that “whoso receiveth this record, and shall not condemn it because of the imperfections which are in it, the same shall know of greater things than these” (Mormon 8:12). Moroni’s promise is simple but profound: Those who aren’t derailed by mortal imperfections but who see the truth in this divine book of scripture will be given to know and understand more. Likewise, those who see the divinity in the Lord’s organization and are not derailed by the imperfections of the Lord’s servants place themselves in a position to hear the voice of the Lord through them.

President Dieter F. Uchtdorf testified that as “one who has seen firsthand the councils and workings of this Church, I bear solemn witness that no decision of significance affecting this Church or its members is ever made without earnestly seeking the inspiration, guidance, and approbation of our Eternal Father. This is the Church of Jesus Christ. God will not allow His Church to drift from its appointed course or fail to fulfill its divine destiny” (“Come, Join with Us,” Ensign, November 2014).

No other men on earth have had the kind of preparation members of the First Presidency and Quorum of the Twelve have had. Are they infallible? No. But are they unique in all the world? Absolutely.

We Need Prophets and Apostles Today

I have had a wide range of experiences with the senior leaders of the Church. Both Church and professional assignments have created reasons to meet with them countless times over several decades now. My experiences have run the gamut. I have received priesthood blessings from some, been chastised by others, and experienced many things in between those extremes. But I cannot recall a time I’ve been in a room where a prophet, seer, and revelator was present that the Spirit did not remind me in whose presence I was.

These are not perfect men. Nor would they want us to think of them that way. They are experiencing mortality just as we are, and they have their own weaknesses and strengths with which to deal. But they are the most unflawed group of leaders on earth. Their mission is to help the Father accomplish His mission, which is to bring to pass the immortality and eternal life of each of us (see Moses 1:39). Thus their motives are unencumbered by any longing for personal gain or popularity.

When all is said and done, there is nothing in this for them—at least, not in the way the world measures success. No fame, no celebrity, no wealth, and no worldly power. To the contrary, they are under constant scrutiny. And as the world becomes more wicked, and they remain duty-bound by the nature of their sacred ordination to defend and uphold truth, the criticism and scrutiny they bear will only intensify.

Most important, there are fifteen men—and fifteen only—whom the Lord has entrusted with all priesthood keys. No other leaders anywhere can compare.

No wonder our Father and His Son plead with us to listen to them. To pay strict heed to what prophets, seers, and revelators have to say. And to cherish the power and direction that flow through those keys. . . . If we have the Lord’s prophet and apostles, we have everything. If we don’t, The Church of Jesus Christ of Latter-day Saints is no different from any other organization. My witness is that Joseph Smith saw what he said he saw in that grove of trees in upstate New York, and that he and all who have succeeded him are prophets in every sense of the word.

The Lord’s prophet walks the earth today. The contrast between the leadership of prophets of God and the leadership of the world will continue to become increasingly stark. At times, we may have to wrestle to understand and to accept our leaders’ counsel. But the only safety for the days ahead lies in following the prophet.

In Worth the Wrestle, Sheri Dew examines the process of asking good questions—whether those questions be doctrinal, procedural, historical, or intensely personal—and learning how to get answers. She demonstrates how to live by faith while seeking greater light and knowledge. And she testifies of principles that are worth wrestling for and of understanding that can be gained in no other way.