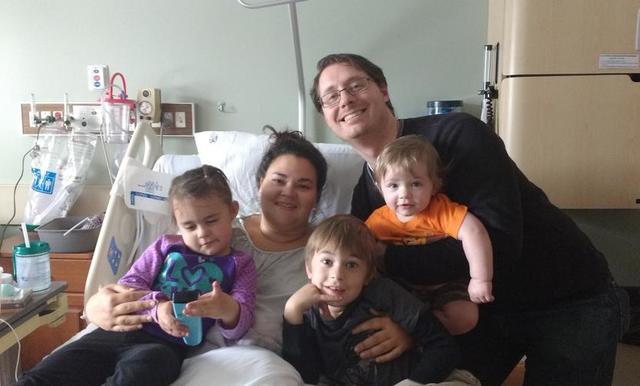 After her parents had just lost their son (her brother), Jessica Cox was afraid to tell them she was seriously ill. But then she reached a point where she had to admit, "I think I'm dying."

When Jessica Cox of Springville celebrated her youngest child’s first birthday in July, she was also celebrating the end of more than a month of her own treatment at the Huntsman Cancer Institute. She was celebrating life.

At the close of a year that saw the unexpected death of her brother, a mysterious sickness, a cancer diagnosis and finally chemotherapy treatment, 33-year-old Cox continues to cling to her faith and plan for the future.

On May 6, the day of his daughter’s wedding, Cox’s older brother died suddenly. The family, members of The Church of Jesus Christ of Latter-day Saints, still went through with the wedding, and Cox participated in the festivities despite the fact that she was feeling ill. After a priesthood blessing from her husband later that night to help her sleep, she woke up the next morning still sick and with bruises covering her calves.

Mormon Life CancerCancer,Mormon Life
Comments and feedback can be sent to feedback@ldsliving.com