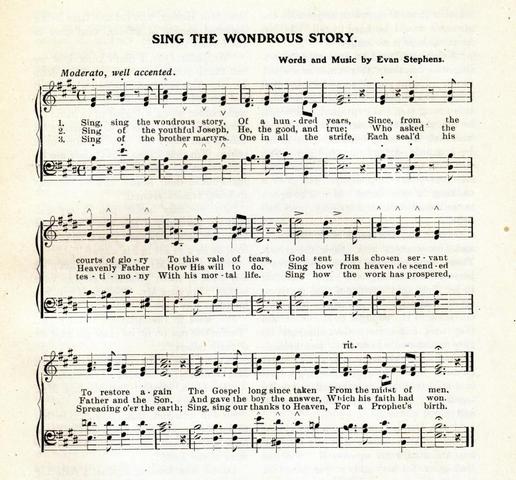 A tribute to Joseph Smith by the archetypal Mormon composer Evan Stephens reminds us of the birthday anniversary of Joseph Smith, born on December 23, 1805.

I know it’s Bloggernacle chic to roll eyes at the intrusion of Joseph Smith into the Christmas season, to complain about “Smithmas” or about late December sacrament meetings with a Joseph Smith rather than Christmas theme, and to be dismissive – or derisive – about anything which, on the surface, seems to conflate Joseph Smith with Jesus Christ.

I would say, though, that there are at least two other points to make . . .