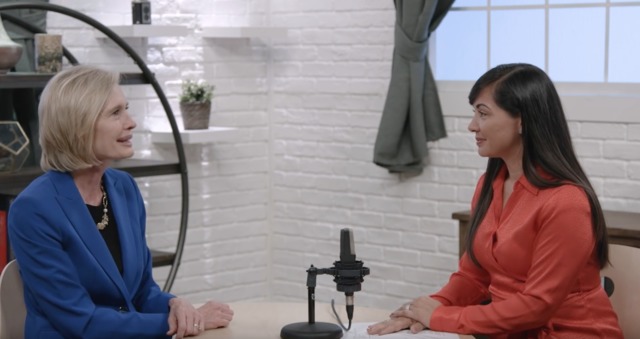 Sister Cordon: 3 Ways You Can Teach Your Child to Recognize the Spirit

Recognizing the Spirit—it's something most LDS adults spend their whole lives perfecting. So when it comes to teaching children how the Spirit speaks to them, it can be difficult to know where and how to start.

But Sister Bonnie H. Cordon, the Second Counselor in the Primary General Presidency, shared in a Mormon Channel interview simple ways busy parents can teach their children to recognize the Spirit's influence. Here are just three of her suggestions:

1. Teach your children how the Spirit speaks to them with Preach My Gospel

If you're not quite sure where to start teaching your children about how to recognize the Spirit, Sister Cordon gave great advice when she suggested parents use Preach My Gospel.

"There is, in chapter four, an activity that's called 'Personal and Companion Study' that every parent and every family should pull up," she says. "It gives you ideas and gives you the scripture reference on how the Spirit touches you."

Sister Cordon also said husbands and wives can benefit from this activity as they study from it as well, perfecting how they are guided by the Spirit and improving how they can teach their children the different ways the Spirit can communicate to them.

2. Use your child's learning style to immerse them in learning about the Spirit

Teaching children to recognize the Spirit doesn't have to be overly complicated. In her interview, Sister Cordon suggested parents use the learning style their child already has to teach them to listen to the Spirit.

"You think of your kids; they are individuals," she says. "They are individual learners and so it's fun to see how your children learn and then be able to realize that learning style also helps them learn how the Spirit speaks to them. So if they are very visual, maybe we would need to put temples in our homes and things that would help them visually connect to the Spirit. If they are an activity-oriented type child, maybe do activities, maybe take them to Temple Square."

Sister Cordon then used an example of a mother who's daughter came to her distressed because this daughter had been in a fight with her brother. The mother then asked the daughter to pray that she and her brother would "be nice."

"As she prayed, all of the sudden, when she said, 'And Heavenly Father, help me to be nice,' she started to cry," Sister Cordon shares. The mother was then able to explain that the good feeling her daughter had after the prayer was the Spirit, using a relatively mundane part of life to illustrate how the Spirit works in our lives.

3. Explain how learning to recognize and act on the Spirit can help them

We don't always share with our children experiences we have had when the Spirit has guided us, but Sister Cordon says this is important for children to learn. To illustrate this, Sister Cordon shared a time when she offered a prayer on her son's behalf.

Like so many mothers, Sister Cordon received a text from her son asking where something was. This time though, it was a tie that he needed for his Madrigal performance. After searching without success, Sister Cordon offered a prayer that she would find the tie on her son's behalf.

After she was inspired to go to the washing room where the tie was and searching several times, Sister Cordon found it between the washer and dryer.

"Now the interesting thing is when he came home, I sat down and bore my testimony to him about his tie and how the Lord, through the Holy Ghost, helped me find his tie," she says.

For more ways parents can teach their children how to recognize and listen to the way the Spirit speaks to them, watch Sister Cordon's full interview on the Mormon Channel.