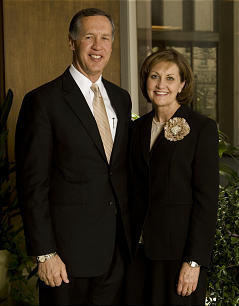 As a teenager, Linda Kjar Burton had a sudden realization during a Church meeting in Christchurch, New Zealand. "I knew the gospel was true," she recalled. "I was also aware I had always known."

It was one of several important lessons she learned after moving with her family from Salt Lake City to New Zealand, where her father presided over the New Zealand South Mission.

Sister Burton attended the Church College of New Zealand and associated with Latter-day Saint teens from across the Pacific. Three years later she returned to Salt Lake City with not only a love for varied cultures and traditions, but especially for the Lord and her family.