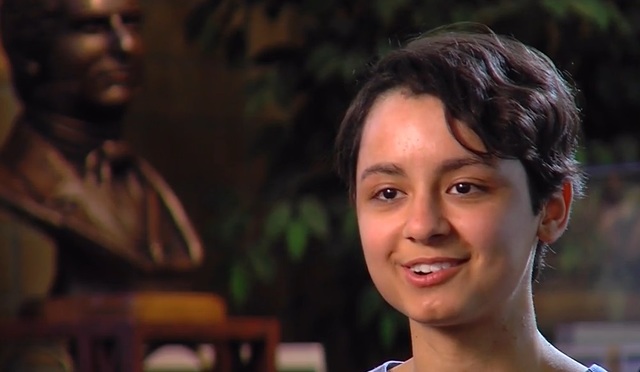 "God is the answer to everything so we cannot keep Him for ourselves because He is just too wonderful," Sister Fanny Clain shares as she prepares to begin her mission in the U.S. after being injured in the terrorist attacks in Belgium.

Little more than two months after Sister Fanny Clain was injured in the terrorist attack at the Brussels Airport, she's ready to begin her LDS mission in Ohio. She said experience, and the miracles that followed, can only make her a better missionary.

Clain was all smiles during a meeting at The Church of Jesus Christ of Latter-day Saints' Missionary Training Center in Provo. After three weeks of study, she said she's anxious to begin her service at the LDS Church's visitors center in Kirtland, Ohio, with English as her second language.

"It's an adventure, and I like adventures," she said.

But as a 20-year-old Latter-day Saint from Reunion Island, France, answering her call to serve in America hasn't come easy.