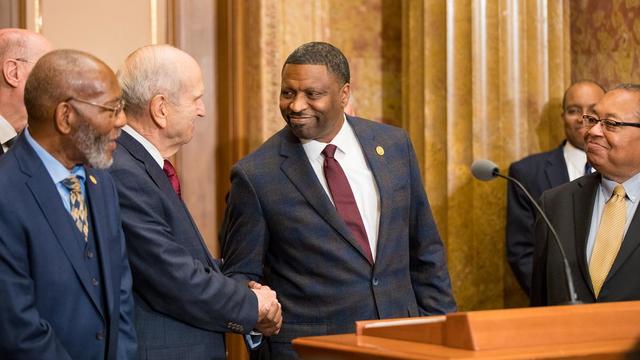 On May 10, 1963, the first organizers of Detroit’s historic “March to Freedom” gathered to begin planning an event that Martin Luther King would dub one of the “largest and greatest demonstration(s) for freedom ever held in the United States.”

And yet without the influence of Detroit’s NAACP leaders, the event might have restricted participation. No doubt the early organizers had their reasons for seeking a more exclusive march. But the local NAACP leadership didn’t budge. They understood the value of an integrated community voice — if the march wasn’t open to all supporters, they wouldn’t back it.

Eventually, the whole community was invited to the historic gathering along Woodward. Most Americans are familiar with the “I Have a Dream” speech delivered in Washington, D.C. that year, but it was here in Detroit, inside Cobo Hall, where King foreshadowed those immortal words.

Read the rest of this story at The Detroit News.