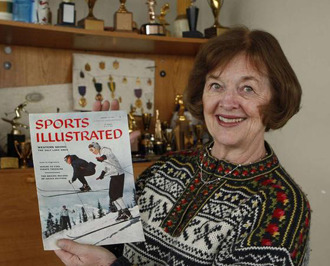 Skier's life defined by one decision

A month ago, Betty Lou Sine Stewart was going through some old boxes in her basement when she discovered buried treasure.

Memories flooded back. She hadn’t seen these items in more than 35 years.

Among the articles was a magazine cover featuring Stewart and her older brother Wesley flying down an Alta ski slope. The magazine, published Jan. 14, 1957, carried the title “Sports Illustrated.” The magazine had featured few women on its cover since starting in 1954.