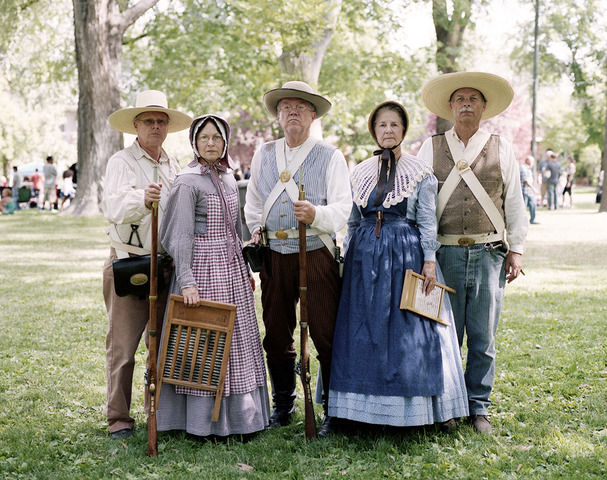 Photographer Michael Friberg found himself living in Utah on and off for roughly five years and became fascinated by the two distinct cultures he found there.

“There are essentially two different versions of Utah,” Friberg wrote via email. “There is the semi-liberal progressive outdoorsy part of Salt Lake City that makes up the counterculture, and then there are the surrounding suburbs and small towns that end up being overwhelmingly Mormon. The two sort of exist without a ton of crossover. Obviously that's a large generalization, but it was at least my experience.”

Friberg grew up in the Bible Belt of West Texas and said that experience helped form his interest in the ways religion influence culture. “Even though evangelical Christians and Mormons are very different theologically, the cultures end up being surprisingly similar,” he said.