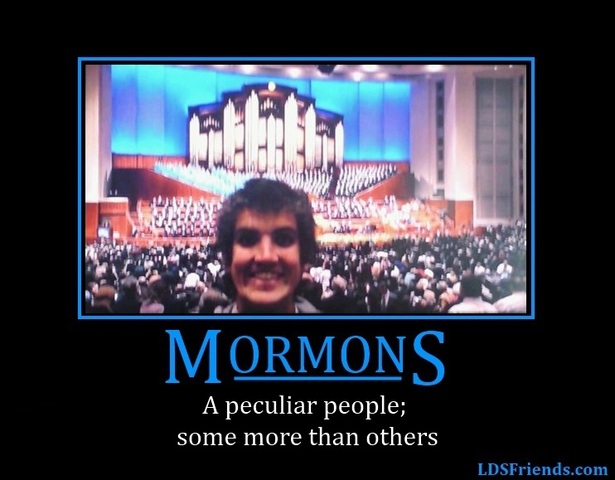 It was a simple smile but thousands of members of the LDS church around the world saw it. Most smiled back at the TV, but many were too busy laughing. A campaign by http://www.LDSFriends.com publicized the smile by creating images that they coined General Conference Posters. The posters went viral on Facebook and other social networking sites within a matter of hours.

It started at April’s General Conference broadcast, during the last session on Sunday. A young man turned to face the camera and smiled. LDSFriends.com seeing the humor in his smile created posters displaying what he did, and asked their website readers and Facebook friends to submit captions.

The posters can be found at http://www.ldsfriends.com/general-conference-posters/.

Soon people started linking to the General Conference Posters, adding them as their profile picture on Facebook, and posting them on their blogs. One blog commenter shared, "I'm not sure whether the posters or the comments are funnier." Many people also emailed the posters to their family and friends.
Read the rest of this story at onlineprnews.com