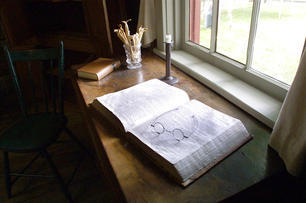 In an entry recently written for "Mormon Scholars Testify," economist and economic historian Mark Skousen highlights the remarkable changes that occurred around the year 1830 — the year in which The Church of Jesus Christ of Latter-day Saints was founded.

Two decades ago, he reports, he was struck by a 1991 book titled "The Birth of the Modern: World Society, 1815-1830," written by the eminent British historian Paul Johnson. Johnson devotes more than a thousand pages to a mere 15 years that, he contends, changed the course of human history and founded the modern world.

Skousen concurs, pointing to the dramatic economic growth and the sustained rise in the standard of living that began around that time for many (though, sadly, not yet all) of the world's inhabitants.