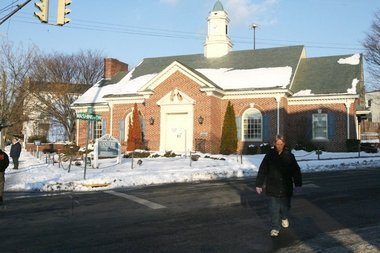 Laurel Street businessowners had mixed reactions when they learned The Church of Jesus Christ of Latter-day Saints (LDS) received unanimous approval at a Dec. 13 zoning board meeting to use 75 N. Laurel St., formerly a Century Savings Bank branch, as a meeting hall.

“I don’t have anything against the LDS,” said Harry Gates, owner and operator of Cumberland Tire Center, which is just down the street from the building.

“I think it is a poor financial decision by the town, though, to take something else off of the tax map right now.”

Records show that in 2010, Century Savings paid $23,446.23 in taxes on the three lots that comprise the bank and its parking lot.

Now that LDS has been approved to use the building as a place of worship, Bridgeton will no longer collect taxes from the property.

Read the rest of this story at nj.com