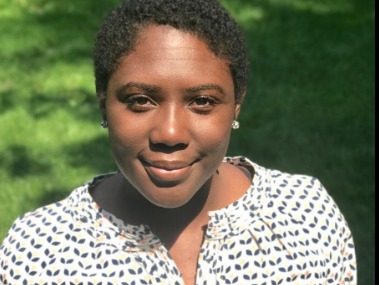 The Last Time a Mormon Called Me the N-Word Was April 2017: Speaking to the Pain of a Black Mormon Woman

What a powerful article.

Tuesday, The Church of Jesus Christ of Latter-day Saints released a statement, the first in its history to specifically condemn white supremacy, and boldly declared that it is “morally wrong and sinful.” When I read those words joy filled my soul. Until that moment, I don’t think I truly realized how desperately I’d been longing for words from church leaders that spoke to the pain that its members of color face every day. I pray that yesterday is just the beginning of what is yet to come.

The last time the N-word was hurled at me was in April 2017. And yes, it was the full word. Sadly, I was angrier that the guy reset my clock than I was at being called a racial slur. Trust me, every black person distinctly remembers the last time they were called the N-word. Now, thanks to some saint with a slick tongue, it’s a frighteningly fresh wound from 2017. Oh, and if you’re wondering why I referred to him as a “saint,” well that’s the part of the verbal victimization that devastated me, he was a member of my church, The Church of Jesus Christ of Latter-day Saints.

Racism is a sin. An LDS Church definition of sin is “to willfully disobey God’s commandments or to fail to act righteously despite a knowledge of the truth.” It seems pretty straightforward, right? Except for that key word, “knowledge.” The fact is, there’s a facet of Latter-day Saints that don’t actually “know” what racism is or “know” that it’s a bigger deal to the church than say swearing.