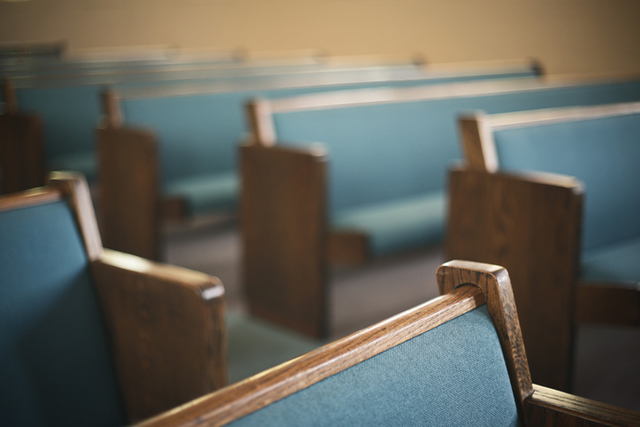 Spencer Hyde: Can We Be Both? Bringing What You Have and Who You Are to Your Membership in the Church

Now, maybe you’ve had these same questions. These questions may not be said outright in the manner offered above—you might simply think Can I be in good standing with the good Lord if I am gay? If my Sabbath day observance differs from others? If I am mentally ill? What if my mental illness doesn’t allow me to participate in certain Church activities or even feel the Spirit during the sacrament? What if I have sinned? What if I have differing political views? What if I just had an abortion?

These are all gripping questions, and common doubts. As Alfred Lord Tennyson said, “There lives more faith in honest doubt,/Believe me, than in half the creeds.”

The doubt, the questions, are they not part of allowing yourself to be both human and spirit, both body and soul? Are they not what allow you to exist as a human with a spirit longing for something higher, something truthier than the truth you can absorb right now with your limited understanding?

I’ve been zigging a bit, so allow me to zag.

Have you seen Avengers: Endgame? At one point, Scott Lang says, “Have either of you guys ever studied quantum physics?” Natasha Romanoff replies, “Only to make conversation.”

The concepts stick with me, absorbing ideas that seem to sit at my feet like a loyal dog. I can’t shake them or tell them to go bother someone else with their slobbery, sagging tongues, nor would I want to.

For example, one idea in particular has consumed me for years. It’s called the double-slit experiment. In modern physics, this experiment shows that light can act as both a particle and a wave. So, light has characteristics of both particles and waves, and these natures are inseparable. It doesn’t have to be one or the other. It exists as both.

I study these ideas not just to make conversation, but also to help my understanding of a very complex great plan of happiness.

Bring It with You

This idea of people, like light being both one thing and another, didn’t truly start in my mind until I heard a talk by Gordon B. Hinckley years ago. President Hinckley was speaking to a group of people in Nairobi, Kenya, about truth—about adding to what truth each individual has already obtained. He said, “We say to the people, in effect, you bring with you all the good that you have, and then let us see if we can add to it. That is the spirit of this work.”

That line has stuck with me for decades.

None of that will detract from the truth. No, not one bit. In fact, all of those ideas will allow God to show all of the glorious dimensions of His masterpieces.

I like to imagine stumbling upon these ideas, upon these bright spots in an otherwise hazy journey, and God smiling, knowing we’ve stumbled upon something more—that we’ve come upon more knowledge and now understand better what it means to exist as a spirit and a human, as a body and a soul, and can now appreciate what it means to be both.

The first subatomic particle was discovered in 1897—the electron. Next? The nucleus of an atom in 1911. After that? The neutron, in 1932. There was even a particle discovered as recently as 2012. And the world keeps getting smaller.

Have you heard of the Laniakea Supercluster? It’s home to the Milky Way—your home—and over 100,000 (!) other galaxies. In Hawaiian, this term means “immense heaven.” Isn’t that beautiful? This immense heavenis over 520 million light years across. And this supercluster is only part of a larger network of superclusters. And the world keeps getting bigger.

But don’t feel that doubt makes you small. It doesn’t. It helps you ask questions that lead you back to the good Lord and to understanding that you exist as a human with a spirit longing for something higher, something truthier than the truth you can absorb right now with your limited understanding. It helps us all to grow, so bring it with you.

When God said “Let there be light” and there was light, don’t you think He understood that light was more than one thing? That it was both? So, do we have to choose one or the other? No. That’s small-souled thinking. Take what truth you have and see if you can add to it. Let’s see if we can’t map out a little more of this immense heaven granted to us by a loving God. Let’s see if we all can’t start thinking a little bigger and allow others to be both.

Spencer Hyde’s novel Waiting for Fitz released in March of 2019. Spencer is currently at work on his second novel about four teenagers figuring out what it means to be both. He teaches creative writing and literature at Brigham Young University in Provo, Utah, where he lives with his wife Brittany and their four children.