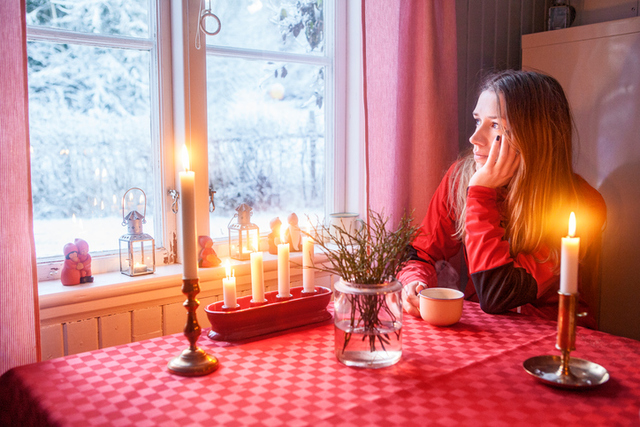 Since Halloween has just passed, we thought it would be apropos to talk about ghosting. We’re not referring, however, to the cute (or scary) little floating sheet that roams your creaky dark lofts at night. We’re talking about that adorable guy or girl you’ve been dating, who has suddenly, and quite inexplicably, simply disappeared. Poof. Gone. MIA. This common dating phenomenon is called ‘ghosting’.

This may sound familiar: You met a guy online or with your friends, and there was great chemistry. You started texting back and forth, talking a lot, then went on a few dates. The last time you hung out, things were great, but you haven’t heard from him in days. You text him a casual “Hello.” Nothing. A week goes by. Another week. Nada. No phone calls, texts, or FB messages. You’ve been ghosted. In brief, you’ve been blocked from the person’s life and must accept the fact that it is over. In our modern age of technology, ghosting is one of easiest, most selfish and spineless ways to let someone know, “I’m just not that into you.”

Here’s a real-life example from one of our matchmakers:

“I really liked a guy from my singles ward. We had flirted, talked a lot, messaged, and hung out. I knew he was really interested in me. One night, after making arrangements to spend a few hours together, I waited for him to come by and pick me up. When he was a half hour late, I texted him to make sure he was ok and was still coming. No response, even though FB showed he had read my message and was online. Fifteen more minutes passed. Still no response and no cute guy at my door. Fifteen more minutes. Another message sent. ‘Read’ and still ‘online.’ I gave him the benefit of the doubt and, though seriously disappointed, went about my night without him. I saw him at church the following week, but he avoided me.

It’s been two years and I never did get an explanation as to why he blatantly ditched me that night, though I heard he spent that evening hanging out with a different girl (a.k.a. found a better option). I still vividly remember how I felt: shafted, confused, angry, and shocked at the blaring immaturity of it all (the last time a guy had so obviously ditched and avoided me was in high school!). What kind of 35-year-old does that?!”

If you’ve been ghosted, or have been the ghoster, you’re not alone. Statistics state that 90% of people have ghosted or been ghosted.

To help you make sense of what you’ve experienced (or what to be on the look-out for), we’ve put together a list of 10 reasons people ghost.

1. To avoid confrontation. Lots of people don’t like confrontation, but it’s a necessary life skill that needs to be learned. You don’t disappear from someone’s life just because your spine is made of jelly.

2. He’s just not that into you. Plain and simple, but it’s no excuse for ghosting. Tell the person. It’s common decency.

3. Lack of maturity. Some adults never quite made the transition from adolescence to adulthood (i.e. missed the Adult 101 classes). If he/she isn’t mature at 35 or 40, there’s little chance of that changing anytime soon.

4. Feels suffocated. Girls, let the guys chase you! Guys, pursue the girls. Good old-fashioned courtship. This method has worked for thousands of years. Modern societal norms may be changing, but this form of ‘courting’ is proven to get results.

5. Sees no future. Obviously, if someone can’t see a future with you, it’s a reason to stop dating. However, it’s no excuse to disappear without a trace.

6. Doesn’t know how to communicate. We live in a culture of minimal face-to-face communication these days. It’s one of the top complaints about failed relationships.

7. Lack of respect and empathy. These two pillars in a relationship are paramount. If the guy or gal you were seeing doesn’t possess them, count yourself lucky to be free of the relationship.

8. Lack of confidence. In other words, passive and cowardly. Not everyone is direct and confident, but that’s no excuse for not being considerate of someone you’re seeing.

9. No personal responsibility. Excuses never equal results. Take responsibility for your actions—you know, the stuff your mom always tried to instill in you. Make her proud.

10. Personal issue triggers. In other words: FEAR. Let’s face it—most of us have been hurt at this stage in the game. If a pain trigger waves it’s red flag we have two options: fight (communication) or flight (ghosting, in this case).

Remember, we’re all human beings who have feelings. We’re all just trying to get through this thing we call life. Let’s support, communicate and show consideration, leaving ‘ghosting’ to the real ghosts.