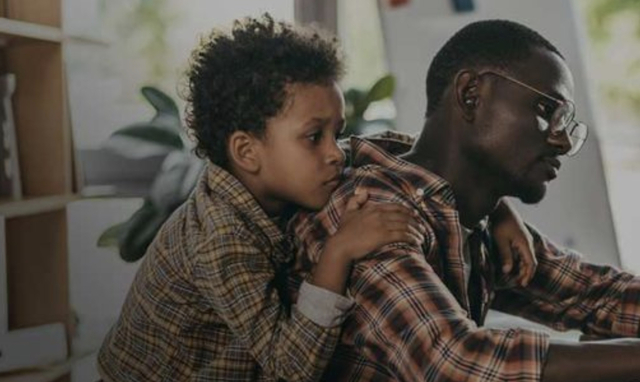 Sponsored: Get help with your genealogy from world-class researchers

When you choose Price Genealogy to investigate your family lines, you are showing your desire for genealogical research and services by a team of world-class researchers who focus on results and breaking through your brick walls. Our local researchers use the resources of the Family History Library in Salt Lake City, which is just a block away from our offices. We also conduct research in most areas of the world and have agents in many countries and states with local experience. With over 40 years in the business, we have successfully traced thousands of clients’ family trees. Many of our happy clients have worked with us for years, even decades.

Consider a few testimonials and success stories from satisfied people:

“How very impressed I was with your report! It was incredible to read the names of people you have never met but owe a great deal to.”—Cathy, Maryland

“We had seemingly reached the end of the trail several times as we pursued our family history. But personal consultations with Price & Associates immediately extended several of our family lines back many generations. We have now cracked several lines which appeared dead ends. We are so grateful for such sound professional help.”—Francis, Massachusetts

Richard Price (Rick), president of Price Genealogy (formerly Price and Associates), pondered a couple of the many fantastic successes that occur almost daily. Recently, a client requested research on his ancestor Cosman Erzberger, who married in Canterbury, England in 1692. He came from around Basel, Switzerland, and prospects of finding him would require a miracle. As our researcher got to work looking for his baptism in many churches around Basel, two Cosman Erzbergs were found who born about the right time. Through much skill, the correct Cosman was determined, and his line could be traced back to 1525, with several new ancestors learned. But that was not all. In 1425, Bertzschin Erzberger arrived in Basel from Liestel, a small village nearby, and was granted citizenship. This exciting discovery appears to connect the Erzbergers over many centuries. What sometimes seems like an impossibility, is often achieved by our experienced researchers.

Another amazing story is of a woman from Manitoba, Canada. For many years, Price Genealogy had been researching her family lines for ancestral names for temple opportunities. We typically submit about 15,000 names a year for interested clients. This particular client was born in London during World War II and learned that she had been put up for adoption. She now wanted her biological line traced. The family who adopted her took her to their home in Canada, where she grew up. Eventually, her biological mother was found, and gratefully was still living at age 80. The mother had had five children during the war, but could not care for them, so the children went to foster homes. As the years went by, the client and her scattered siblings were all on a quest to locate their birth mother. The client wrote, “I cannot thank you enough for the part you played in finding my living relatives. Today I spoke with my sister Mary. The warmth in her voice dissolved any fears I had. Thank you once again.” She was able to visit London and be reunited with her birth mother and siblings, and to discover a long-lost family that she previously knew nothing about.

Rick filled out his first pedigree chart at age 6 and became hooked in a Sunday School class at age 12. As a teenager, his grandparents took him to the genealogy library at the Mesa Arizona temple. When he was age 16, his father took him to the library in Boston of the New England Historic Genealogical Society. Rick began studying the life of his early colonial ancestor, Rev. John Lathrop, and eventually published a biography and genealogy about him. What began as a hobby, became a career. At first, a professor at Brigham Young University (BYU) discouraged him, saying he would never be able to support himself and his family. Sometimes well-intentioned advice just does not take into account the passion which drives people.

After graduating with a psychology major, destiny beckoned. He was offered a job as a genealogy researcher, which he did for six or seven years. He was able to support his growing family and enjoyed working for many returning customers. In 1982, he founded Price & Associates, and two years later earned an MA in Family and Community History from BYU. He studied the child naming practices of Britain and the United States. In the many years since then, Rick has hired numerous talented researchers and helped them establish their professional careers. Some of these people have joined Rick in the leading ranks of genealogical expertise. Many of the great things happening in the field today are under the leadership and inspiration of people who Rick hired and mentored.

Rick himself has been a leader in the field, having been a co-founder and past president of the Association of Professional Genealogist (APG). He has conducted extensive research onsite in the eastern United States and in Europe, especially in the British Isles and in Germany. Having read thousands and thousands of research reports from all over the world, he knows what leads to success with even the most challenging of genealogical brick walls. He and his office staff researchers—Diane, Andre and Greg—also have many years of experience, specializing in descendancy research, correspondence, FamilySearch Family Tree clean up and temple submissions, and in pedigree analysis, including DNA research. Like Rick, Greg has conducted on-site research in dozens of archives in England and other countries over many decades. We are dedicated to solving your most perplexing genealogical puzzles.

Give us the opportunity to discuss your family history. See if we can increase your interest and love of your ancestors. They gave us so much, even our very lives. We can return the favor by discovering them and re-establishing their unique identities and family relationships.