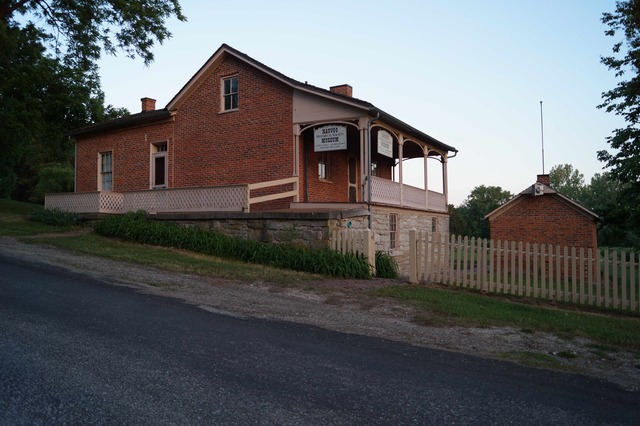 According to statistical research conducted last year, the average family that tours Nauvoo visits only 13 sites while on vacation in the historic town. “There are two problems with that,” says resident Matthew Von Trapp. “First, there are easily 60 historic sites, landmarks, and points of interest worth visiting in the immediate area, each lending perspective to the LDS time period. Second, Nauvoo has multiple time periods worth exploring beyond the 7-year LDS period of 1839-1846.

“In the local area, we have historic church organs, information about those that stayed behind, the groups in Warsaw, the War of 1812, railroad and steamboat museums, Mark Twain, Abraham Lincoln, and the Native American sites to name a few.”

Local residents like Matthew try to highlight all the periods of history in Nauvoo by pointing visitors to lesser-known sites like those run by the Nauvoo Historical Society and the War of 1812 sites in Fort Madison and Warsaw.

Another thing not many visitors realize is that after the Saints left Nauvoo, it was a German-speaking town thanks to the Rheinbergers, whose house is now a museum in the state park. Visitors can pick fresh grapes from the original vines planted there. Other interesting restored historic towns in the area including Swedesburg and Denmark. Later, the French Icarians occupied Nauvoo, using temple stone to create schools and churches for their utopia. 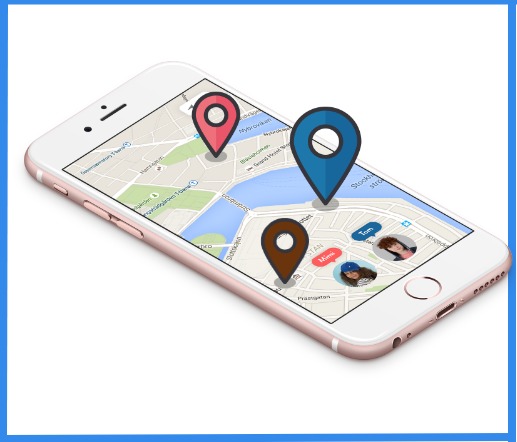 Last year, Matthew decided to do something about this selective tourism by creating the tourburst app (Android and iOS). “We are just average guys highlighting sites, tours, and activities sponsored by groups that aren’t in the LDS time period,” he says. This helps people gain a complete understanding of the “real Nauvoo” according to Von Trapp.

He promotes ancient history tours related to the Hopewell Indians, Native American Mounds, post-modern (non-LDS) walking tours, and even ‘Catholic’ tours where patrons get to see several of the oldest organs found in the Catholic churches of Nauvoo and Fort Madison.

“I can see the organ tour becoming very popular among those who play,” Matthew remarked, as he noted that tourists get to walk inside some of the larger organs and even play if there is time.

Locals point to Joseph Smith’s friendship with Catholic Priest Father Alleman as a model for how tourism should be approached. The two men were similar in stature (both over 6 feet high) and Catholics and Latter-day Saints were equally disliked in those days, giving both men a mutual perspective of life. It is reported that Joseph gave a bell to Father Alleman as a gift for the first Catholic school. That bell is still in Fort Madison and locals in both faiths hope to have it more prominently accessible in future tours. Von Trapp wants a statue of Joseph and Father Alleman.

In addition to ensuring local tourist destinations are accessible through the tourburst app, Von Trapp and others hope to highlight the diverse tourist offerings of other local communities. Little known is that an LDS community also existed 20 minutes south of Nauvoo. Many sites not related to LDS history but worth visiting include communities in Hannibal, Keokuk, and Fort Madison where the Old Fort still provides excellent tours and reenactments on the banks of the Mississippi river highlighting the War of 1812.

Tourburst has several updates planned this summer, with audio and video tours by prominent historians, driving tours, and greater usage of the QR code and other tech-friendly functions such as iBeacons and geofences. In addition to the expanded offering of tours and tourburst-sponsored lectures, the tourburst app creators hope that tourists will access the media files soon to be in the app, whether they're in Nauvoo or not.

With franchises in several parts of the country, including Malad Idaho and several international franchises pending, has two companion apps and a new database, which Matthew hopes to populate with his late father, C. Michael Trapp's, vast historical library of information.

One companion app, called ‘Walking into History,’ recreates historic sites in virtual and augmented reality, giving tourists access to all of the time periods in Nauvoo and other areas. “Last year we launched our first site in Nauvoo when we digitally recreated the Times and Seasons warehouse in augmented reality.” He hopes to have a dozen other sites before next summer depending on the level of information they receive. Each building is recreated with AutoCAD standards and uses accurate photos of the time. Nauvoodoo is a fun Halloween app for Nauvoo and was originally used for testing AR concepts, but will be a catalyst for providing ghost tours.

Pointing out that downloading the app is just one of the ways people can engage in the tourburst vision. Von Trapp notes that local business support and historical preservation via their new database are equally important aspects of their work (see tourburst.com). He would like to see more LDS visitors visiting the winery (for the non-alcoholic version of course), the Hoffman Mansion in Hamilton, and the Legacy Theatre in Carthage, which hosts shows from Branson Missouri. He also points to the Allyn house, which offers new tours this year that bridge the post-modern era.

Nauvoo has great craftsmen, including a local glassblower, dulcimer maker, and Swedish weave teacher to name a few. “In the case of Swedish weave, Mary Lou is in her 80’s and represents the last who know this craft,” Von Trapp notes with concern. “I am hopeful some of the young women and missionaries that come to Nauvoo will learn that skill. History is more than what people did, it’s how they did it. Taking home a talent as your souvenir is valuable.”