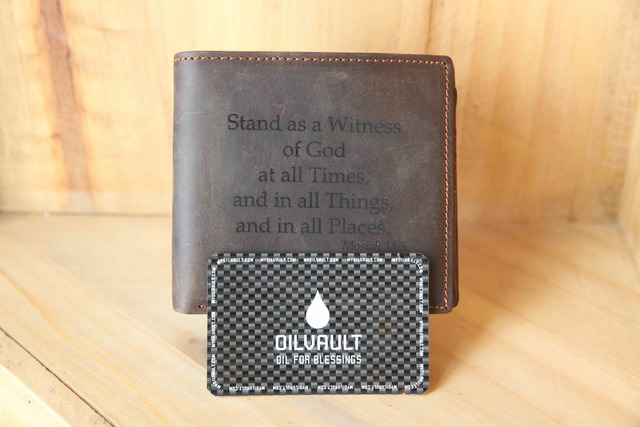 Sponsored: Prepared to Bless in Time of Need

This article is sponsored by Oil Vault. 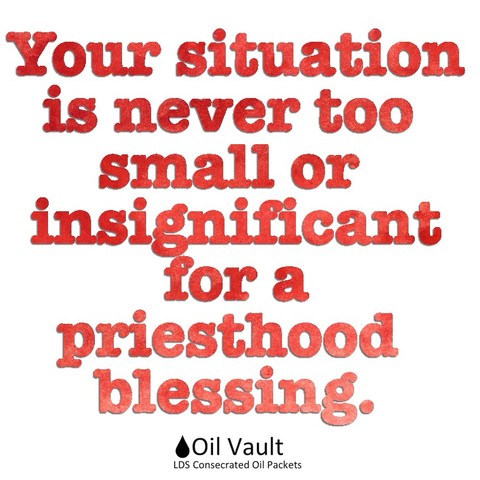 Expecting a child can be stressful and full of anxiety. Add in a move to a new state and this is the situation my wife and I were in 14 years ago. We had just moved from Utah to Montana. My wife was eight months pregnant with our second child. Late one Sunday evening, my wife became very ill from difficulties with the pregnancy. As she always did, she requested a priesthood blessing. I thought, “great, I can do that.” Then I realized that we didn’t live in Provo anymore surrounded by neighbors I could ask for assistance. Then, I remembered Joe. I had met Joe earlier that day on our first Sunday in the ward. We had struck up a conversation about BYU football, so I automatically counted him as my closest friend in town.

By the time I tracked down Joe’s phone number, it was 10:30 on Sunday night, but when I called for help, Joe said he would be happy to come over. Shortly after my call, Joe showed up at our doorstep dressed in a full suit and tie and helped administer the blessing. My wife began feeling better and delivered a beautiful baby girl a few weeks later. This experience left a lasting impression on me. Joe was the perfect example of a worthy Priesthood holder who was always ready to bless others.

While Joe was a great example, there have been situations over the years where I have been unprepared. For example, a few years ago I was attending a family reunion in Nevada when a relative became ill. Her father asked if anyone had oil he could use to give her a blessing. No one had any. Finally, I remember that I had some on a spare keychain in my car. This instance and many others prompted me to look for a better way to carry oil for blessings and led me to create Oil Vaults. Oil Vaults are vials you can carry in your wallet, phone case, purse, 72-hour kit, and basically anywhere. It is my hope, that they will be an easier way to carry oil and help priesthood holders be prepared to bless someone in a time of need.