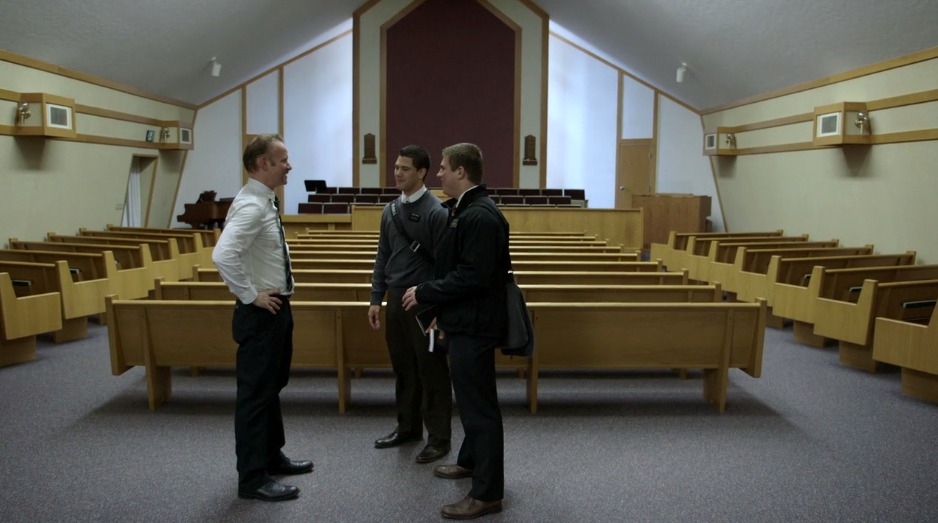 In an episode of his docu-series, Inside Man, CNN correspondent Morgan Spurlock sets out to find religion--or at least to better understand it.

The full episode of Inside Man, which originally aired on television in May of last year, was recently released on Netflix's streaming service. And in it, Spurlock teams up with a pair of LDS missionaries to better understand how the Latter-day Saint religion is one of the fastest-growing in the world. (He cites that, in the last 40 years, the Church has grown from 3 million to 15 million members worldwide.)

"Elder Bishop and Elder Tagaloa are Mormon missionaries," he says, "the secret weapon behind the Church of [Jesus Christ of] Latter-day Saints' explosive growth."

After a brief chat with the duo, Elder Tagaloa shares their agenda for the day: "We are going to start off doing a little tracting. It's door-to-door contacting, seeing if anyone's interested in the message that we share." The elder makes sure to be clear about what that entails, and goes on to explain, "If people say 'no,' we don't want to try to force anything on them because we're not here to do that."

"We're here to help other people and bring them closer to their Savior, Jesus Christ," Elder Bishop adds.

With that, they set out to knock doors.

Their first few doors, they find little luck. But on their third contact, the man answering the door allows the trio inside, and a beautiful discussion ensues. Elder Tagaloa explains to the man, "One of the things that we believe [Jesus Christ] did when He was resurrected was He came and visited the people in America. And the Book of Mormon is a record of Jesus Christ and His ministry in America." They leave a copy of the Book of Mormon with him and take down his information to visit again later.

The episode then shows their additional contacts with others throughout the day in a quick montage of positive front door experiences.

However, as Morgan narrates, "Preaching their gospel isn't the only way missionaries try to reach people. They also offer up selfless service to anyone who needs it in their mission area." The trio spends the afternoon helping an elderly woman clear out some brush from her backyard--something foreign to Morgan, who says he doesn't even help his friends with this sort of work.

At the end of his time, Spurlock reflects on the two young men he served with. "They put out nothing but positive energy, and I think that really comes back to them," he shares. He also learns a lesson from the experience. "For me, I think I want to embrace this idea of doing good, of helping others, of being nice, and putting that out there."