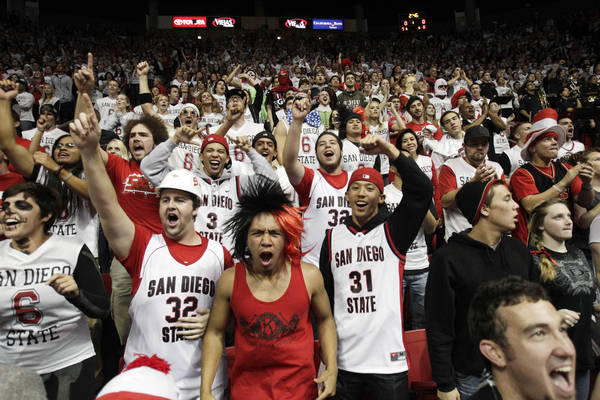 Has there ever been a better time to be a Brigham Young University basketball fan? Currently BYU stands at No. 3 in the polls and looks poised for a rare run into the NCAA Tournament’s second week.

You can’t turn on ESPN these days without seeing a clip of BYU All-American Jimmer Fredette launching a 30-foot 3-pointer, or a live interview with “The Jimmer” or a hoops guru breaking down game film. Even more likely, you’ve seen all of the above. If Jimmer were a stock, he’d be Google at $610 a share with room to grow.

Indeed, it’s been quite a season. I only wish I’d seen more of it. Living in the East has not afforded as many opportunities to watch games as my friends in the West. Just imagine how thrilled I was that BYU’s game with then-No. 6 ranked San Diego State University last Saturday would be televised coast-to-coast on CBS. It was only the second game all year I watched from tip-off to final buzzer.