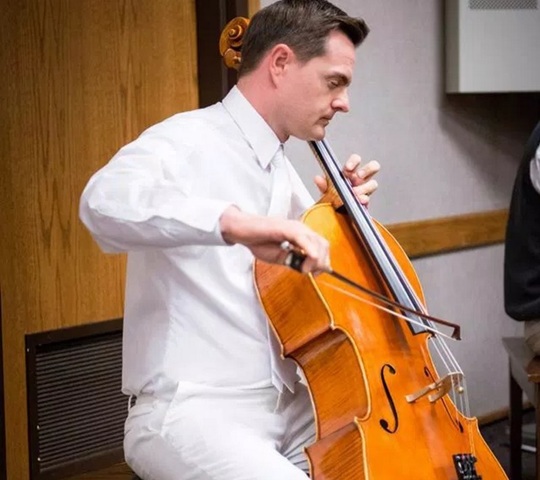 Steven Sharp Nelson gives someone a Book of Mormon on nearly every tour he goes on. Because of this, he's gained some remarkable missionary stories.

Sound check, concert, meet and greet, attempt to sleep on a tour bus and repeat. Steven Sharp Nelson and the rest of “The Piano Guys” travel through different time zones around the world, sometimes up to 10 days, non-stop to share their talents and inspire people through their music.

All of the long nights away from home, the many hours in the recording studio and the time spent writing music is not for the fame and fortune, according to Nelson. He said it’s about “giving people an opportunity to connect with God and feel the spirit.”

Nelson said he tries to answer the call to serve as a missionary of Christ in all things and in all places, from the bright lights on stage to even coordinating a meeting with the local missionaries.