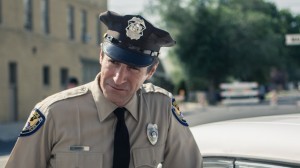 Six hundred thousand households tuned to the program in its first week, according to Nielsen ratings provided by Scott Swofford, the show’s director. That equates to 1.75 million viewers, more than 1.5 times the viewership of “Studio C.” Swofford reported that “Granite Flats” continues to be the channel’s strongest program each week.

“We’ve actually been kind of shocked,” Swofford said. “It eclipsed any other program that we’ve premiered here.”

Swofford pointed to Twitter and Facebook as indicators of the conversation surrounding “Granite Flats.” The show’s Facebook page has nearly 20,000 likes and averages 400 new likes per day. Twitter feeds are active during every episode, with people from all over the country joining the conversation.

“We knew it would be popular, but we didn’t have any idea what it would be doing in the social space,” Swofford said.