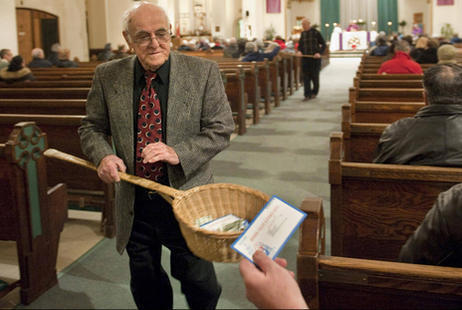 Study: Less religious states give less to charity; Utah is most generous state

A new study on the generosity of Americans suggests that states with the least religious residents are also the stingiest about giving money to charity.

The study released Monday by the Chronicle of Philanthropy found that residents in states where religious participation is higher than the rest of the nation, particularly in the South, gave the greatest percentage of their discretionary income to charity.

The Northeast, with lower religious participation, was the least generous to charities, with the six New England states filling the last six slots among the 50 states. Churches are among the organizations counted as charities by the study, and some states in the Northeast rank in the top 10 when religious giving is not counted.