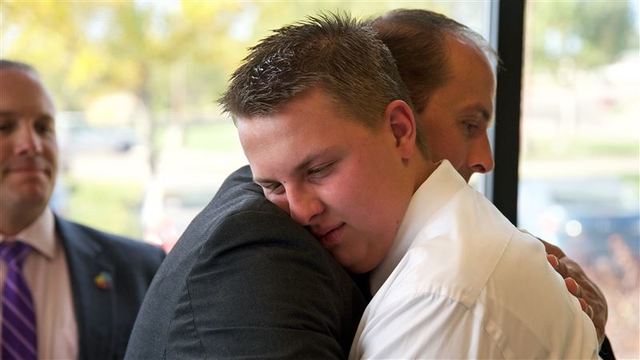 On Aug. 8, Tanis Ukena's life was placed on hold after a Layton police officer accused him of drugging his lemonade while Ukena was working at Subway.

Though tests from a state forensics laboratory proved Ukena's innocence, the two-month investigation forced Ukena, 18, to delay his mission to Utica, New York, by six weeks, according to The Salt Lake Tribune.

However, in the wake of this ordeal, the Subway where Ukena works plans to help him serve his delayed mission.

According to the Deseret News, Ukena was afraid to leave his neighborhood during the investigation because of the threats he received online.

Unable to work at Subway until the investigation was complete, Ukena faced looming mission expenses.

To help offset those costs, the Layton, Utah, Subway where Ukena works is creating a fundraiser on Tuesday, October 18. According to the Standard Examiner, a portion of the Subway’s sales that day will go toward Tanis Ukena’s mission fund. The fundraiser will run from 11 a.m. to 4 p.m. at the location, 1142 Route 193.

Ukena plans to report to the MTC on Nov. 9, according to the Deseret News.