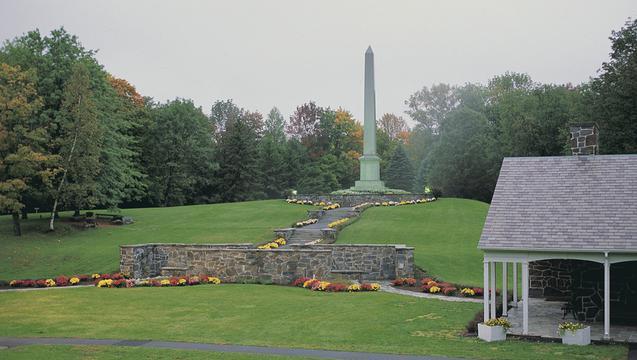 The Church of Jesus Christ of Latter-day Saints is a global religion with more than 14 million members worldwide. But its humble beginnings can be traced to the birth of a farmer’s son on a cold, snow-swept 23 December 1805 near Sharon, Vermont.

The birth of Joseph Smith Jr. took place on the 100-acre farm of his grandfather Solomon Mack. At this treasured place in Church history, there now stands a memorial to the Mormon prophet, a man esteemed by Latter-day Saints as a prophet of God responsible for restoring the church that was originally established by Jesus Christ during His earthly ministry.

It’s easy to imagine, looking at the tree-lined, rolling hills of the property, how it might have appeared at the time of Joseph’s birth more than 200 years ago. Walking the historic grounds instills a better understanding of Joseph Smith Jr., his family and the Mormon story.