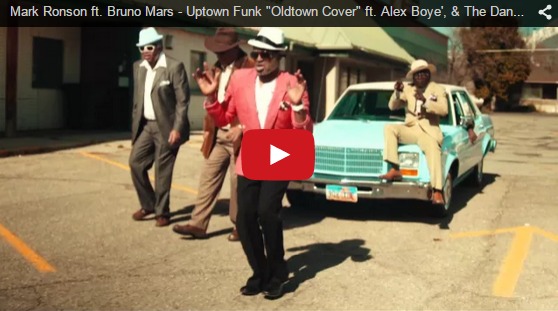 A new, clean version of "Uptown Funk" recorded by Alex Boye is making the rounds--and not just in LDS circles. The hilarious music video, which is an "Oldtown Cover" of the hit song, has struck a chord with audiences across the board.

Even TIME magazine online gave a nod to the video.

Note: TIME's article shows the differences between the original and Boye's version, and they therefore use the profanity found in the original version of "Uptown Funk" in their write-up.

Other media outlets, from Australian Women's Weekly (which promises the video will "make your day") to the Huffington Post and ABC News have also featured the video.

What makes the video so relatable and fun?

It's the endearing and fun cast. "All the grandmas and grandpas in this video did their own stunts," the video's description shares. That includes one 92-year-old grandma who does the splits! The stars of the video are between the ages of 65-92, and "between them, they have raised 500 children, 1,200 grandchildren, and 250 great-grandchildren!"

This is one video you don't want to miss.