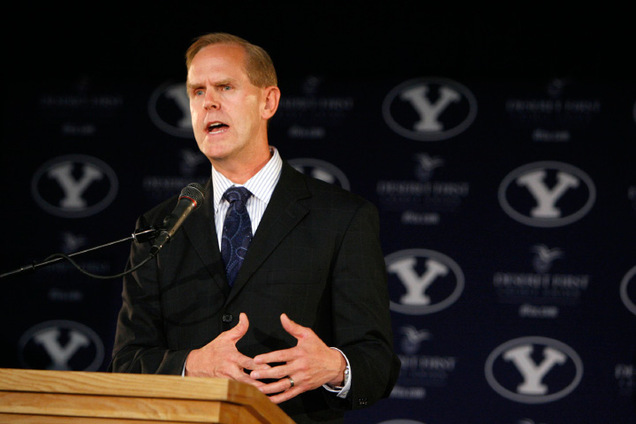 To say that BYU’s split from the Mountain West Conference has been a long time coming would be an understatement. To say that it was driven by television would be a simple statement of fact.

The man who helped negotiate the MWC’s TV contract, Real Salt Lake owner David Checketts, said the current owners of The Mtn., Comcast and CBS, “didn’t live up to any of the promises they made to BYU. ... In my view, they couldn’t have messed this up any worse.”

If you’re looking for when things went wrong, look no further than the second week of September 2006. BYU Broadcasting was planning to replay the football team’s 49-24 win over Tulsa when word came that Comcast — the operating partner of The Mtn. — was threatening legal action if that happened.

“Basically, we had the understanding that we’d be having what we have (beginning in 2011) with ESPN,” said BYU athletic director Tom Holmoe. Games not telecast by The Mtn. would be available for BYUTV. And BYU would be able to rebroadcast games.