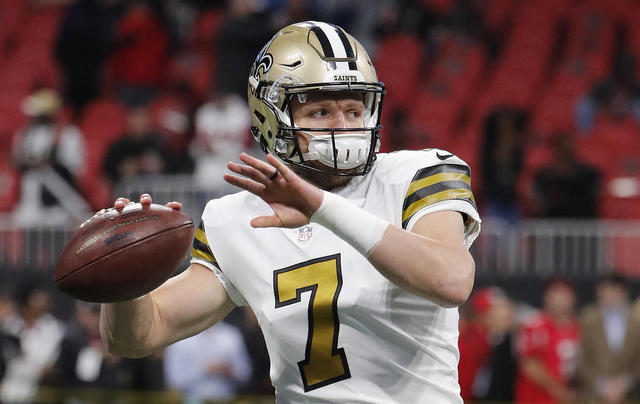 Former BYU quarterback Taysom Hill signed with the Green Bay Packers in 2017, was waived after four preseason games, and was then claimed by the New Orleans Saints. A weight-room junkie, Hill became a QB anomaly by starring on special teams for the Saints.

Recently, Hill, the Cougars' No. 5 all-time leading rusher with 2,815 yards (despite suffering three season-ending injuries), shared his thoughts on his first season in the NFL, his time at BYU, and his outlook for the future.

Here are some highlights from that interview.

DN: There are a handful of LDS players in the NFL. How were you treated as a devout member of the faith?

Hill: I had many opportunities to explain what I believed in, whether it was with Green Bay or New Orleans. I was the butt of a lot of jokes, not about my faith, but about my age. My age is what it is because I chose to serve a mission, and … there was definitely a lot of conversations about that. Although there were a lot of jokes about it, I never felt like people were being disrespectful. I never felt that people were attacking me or my faith. I don’t know how much you know about Drew or Chase specifically, but both of those guys are faithful guys. They have a really strong faith and are Christians and read the Bible. It was really unique and a cool opportunity to be in the QB room with those guys.