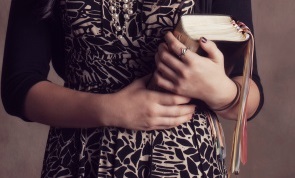 Teachings of Ezra Taft Benson Lesson 10: Flooding the Earth with the Book of Mormon

When President Benson tells us that we need to flood the earth with the Book of Mormon, think about the visual that conjures up. Try to remember the last time you saw a flood or a video of a flood. How much water was there, a trickle? Hardly. A flood sweeps everything it encounters away in the power of its movement. So how much exposure to the Book of Mormon do you think he wants us to give the world?

Sharing the Book of Mormon

I am always surprised at how much a little child can handle. We like to make things simple for little children because they won’t understand what we are telling them. It is true that they will not be able to tell us in adult words what we just told them, but we might be amazed at the parts of our conversations they do understand.

My wife taught Primary for a number of years and loved her class. When she first started with her class of seven year olds, they were used to playing games and eating during class time. Instead of following tradition, she started to have them play scripture mastery games to get them ready for baptism. Every one of those children could recite all thirteen articles of faith and several baptismal scriptures by the time they turned eight. They loved reading the scriptures!

When we consider sharing the Book of Mormon with someone, what is often one of the first thoughts that come into our heads? “What will they think of me?” And if that is not the first question then if they say anything but “Thanks!” that will probably be the second thing that comes into our heads. Sharing the gospel is not about how I am going to look or what people will think of me, it is about offering them their ONLY path to happiness in this life or in the next. Do we really believe that? Does believing that make a difference in how we approach sharing the gospel with our neighbor? How much do we love them anyway?

When was the last time you sat and thought seriously about how the Book of Mormon came to be? The Lord took one thousand years to prepare it for our use, then he hid it in the ground so no one would tamper with it, so it would be ready at the very beginning of the greatest of all the dispensations of mortality. He inspired prophet, after prophet, after prophet to write their most important experiences. Of all the sermons and stories written by his prophets during that thousand years, the prophet Mormon hand selected just those doctrinal and historical notes that would be most beneficial for those preparing for the second coming of the Savior.

This is the most wicked time in the history of the world. We have already surpassed the wickedness of Sodom and Gomorrah. The prophets had been shown our day. They knew our needs. They were preparing for the first coming of the Savior, and Satan did many of the same things to the people then that he is doing even better now. They wrote with us in mind.

Their people did not see what they wrote, for it was meant for us, and us alone. Mormon was a brilliant historian and scriptorian to piece together the narrative of his entire civilization, and that of the Jaredites, and fill it with all the spiritual ills and behavioral cycles of these oft-times unrepentant people. The Book of Mormon is more than a work of art. It is a work of God.

The Most Correct Book

By the prophet’s own words the Book of Mormon has been declared to be the most correct book on the earth. We have the promise that if we read and study it, we will draw nearer to God than by studying any other book. In a world full of deceit and lies, even the deceivers are being deceived. Finding the truth about anything is becoming more and more difficult to do as Satan puts a spin on everything we hear and read.

What do you think the effect will be in your life to read and study a book of pure, unadulterated, and undiluted truth? The Spirit is drawn to this kind of truth. He is drawn to those who immerse themselves in this kind of truth. He testifies of those truths, and gives us more truth for our efforts. Here is President Benson’s promise to those who begin a serious study of the Book of Mormon.

It will be difficult for us to flood the earth with the Book of Mormon if we have not first flooded our own lives with the book and its teachings. After all, every flood has to start somewhere, right?

We must first have our own testimony of its truthfulness. And this needs to be a testimony to which we are constantly adding additional truths. We need to be teaching each other from the Book of Mormon. Whenever a problem comes up of a spiritual, social, or political nature, do we immediately remember what the Lord and his people did in that situation in the Book of Mormon? If we really know our Book of Mormon, we will find that most of the major changes taking place in our society are reflected in various ways in the Book of Mormon. The answers are there, do we know where they are?

We have been counseled by the prophets to instruct each other from the Book of Mormon, write about it online and reference it in social media. President Benson saw people writing books about the characters in the Book of Mormon, making movies about it, painting and doing other works of artistic value that all the world could appreciate. If we will surround ourselves with the principles and teachings of the Book of Mormon, God himself has promised to tell us the truth about what we read. There will be no room for doubt, for God only speaks the truth.

Kelly likes to keep the gospel simple. For more of his articles and lesson helps go to his website, http://mormonbasics.com.