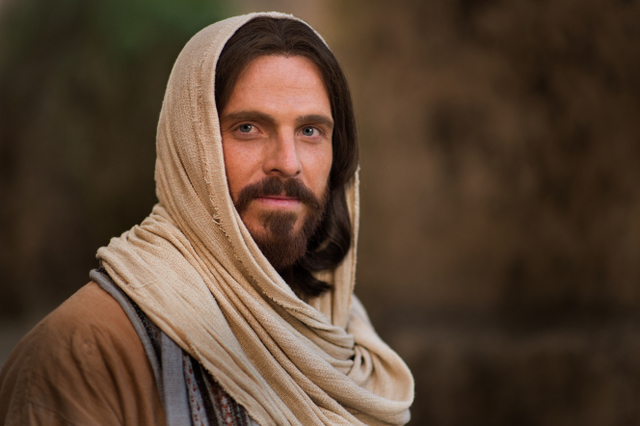 Teachings of Gordon B. Hinckley Lesson 24: "The Atonement of Jesus Christ: Vast in Its Reach, Intimate in Its Effect"

The Atonement is all about love and all about mercy. Our Father in Heaven has the role of lawgiver. As the lawgiver, he cannot extend mercy to us for breaking those laws. That has to be done by a third party.

This makes God, our Father seem austere and forbidding because he cannot offer us mercy, even though he is filled with mercy. He must uphold the laws he has given us to live by. To show us clemency for breaking those laws would break the very laws he is upholding. So his expression of mercy was to give us that third party, a Savior, one who could show us the mercy our Father cannot show us directly.

The conditions of being worthy to be our Savior was that he had to be without sin himself. He could break no law so the laws of justice could have no hold on him. Because he was free of offense to the eternal laws, he could offer himself up as a sacrifice to pay for the laws the rest of the children of God would break.

The path to victory

In order for Jesus, the first born in the family of God, to atone for our sins, he first had to come to earth and become mortal, just like the rest of us. Then he had to live his life in perfect compliance with all of God’s laws. Not a single law could be broken, bent, or missed. Even a transgression, which is not as serious as a sin, would disqualify him for his role as Savior. There could be no selfishness, no willfulness, and no disobedience. He had to navigate mortality with a perfect record of obedience.

His mortal ministry was only three years in length, and his life on earth was only 33 years. But that was 33 years of living a perfect life, a life with no hint of sin. To do this he had to understand with perfect clarity the laws of God and their intent. He had to live those laws with exactness, and his focus had to be on glorifying His father.

When the time came for Jesus to suffer the consequences of all the sins of the children of God, he sensed the overwhelming magnitude of the sacrifice he was about to make and asked that this responsibility (cup) be taken from him, if it was possible. But in true fashion, He bound himself to his Father’s will, forfeiting what was convenient or comfortable for himself and willingly accepting whatever stripes His Father saw fit to lay on Him.

His agony in the garden of Gethsemane included the payment for every sin committed by every child of God, whether they had already lived, were alive at the time, or would yet be born. Only the foreknowledge of God could determine the scope and duration of the needed payment for sins not yet committed. But however it was done, and however Jesus accomplished his payment, full payment was indeed made for the entire family of God to ever come into earthly mortality.

And if that wasn’t difficult enough, after having suffered for every soul to ever live, he had to endure arrest, humiliation, shame, and crucifixion as well.

There is no more poignant picture in all history than that of Jesus in Gethsemane and upon the cross, alone: the Redeemer of mankind, the Savior of the world, bringing to pass the Atonement.

The unselfish nature with which Jesus suffered for us is unparalleled in scripture or history. Even when he hung on the cross, after all that had already happened, and he recognized that even his own Father had left him to finish his work all alone, he did not waiver in his resolve to complete his mission for us. This was the mercy God our Father had intended for us. This was why He selected Jesus as the Christ.

The last step in our Savior’s earthly ministry was to perform the resurrection. This act opened the door for all mankind to be able to receive the promised immortality with a perfected body. This was the fulfillment of the promises made to those who kept their first estate in the premortal world. This was also the door for those who would keep their second estate in mortality that would allow them to move on to exaltation and eternal increase in the hereafter.

The resurrection is how the Lord will be able to bring all mankind before him for judgment. Only resurrected beings can be given eternal glory. This act saved us all from living as spirits for eternity. His resurrection made possible our reward of eventual godhood.

Just as Jesus atoned for all the sins of mankind, of every generation, so too did his resurrection guarantee a resurrection and a glorified eternal body for every child of God to ever come to mortality.

Once Jesus had satisfied the eternal demands of the laws of Justice, he was able to then go on and offer us things that couldn’t have been offered before. With the laws back in balance we could now be offered the blessing of resurrection, the blessing of eternal glory, and the possibility of eternal increase, and living in the presence of God forever.

Is there any blessing from any source that can even begin to compare to such a gift as our Savior has given us? Is there anyone who has given more for the welfare of mankind than Jesus, the Christ, our Redeemer?

There are many ways the prophets have tried to describe the parts of the great work Jesus performed for the sake of all of humanity. We each need to find a description(s) that touches our soul and causes us to pause and reflect with gratitude on the sacrifice made for us and on the gift He has given us.

There are no doctrines greater than those surrounding the atoning sacrifice of our Redeemer, His death on the cross, and His resurrection on the third day. These scant 72 hours are the three most important days in all of mortality, for in the space of that time all of God’s children were ransomed and given the opportunity to return to our Father’s presence someday.