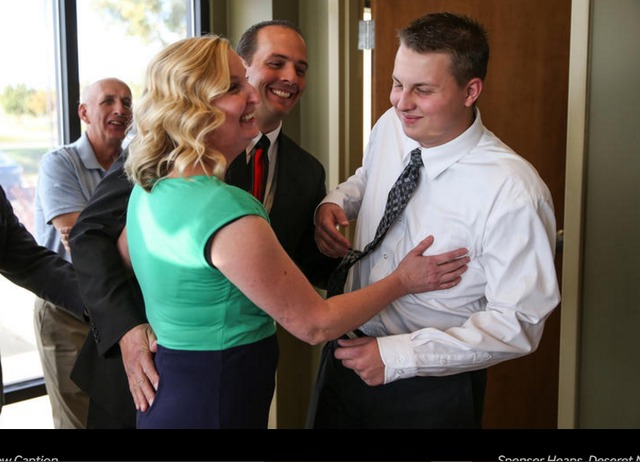 Recently, Subway held a fundraiser for an LDS teen wrongfully accused of drugging a police officer to help him raise money for his mission, which was delayed as a result of the charges. "It was somewhat depressing to be really close. I was like 15 days away at that point," Tanis Ukena said. "I was all packed and stuff. I was all ready to go."

For Tanis Ukena, going to work had never felt as good as it did Tuesday.

"It's really nice to be back," Ukena said as customers behind him stood in a line that filled the Subway restaurant.

Ukena's name was cleared last week when it was announced that test results contradicted allegations by Layton police that he had laced an officer's lemonade with THC while working the Subway drive-thru.