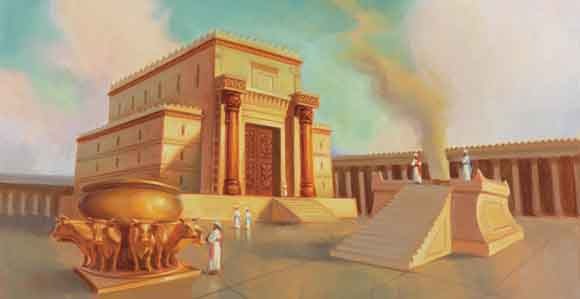 Presenting information from accounts of the appearance of Solomon’s temple, Ann M. Madsen of the Sunday School general board spoke of how the ancient temple compares with other places of worship, including Latter-day Saint temples being built around the world today. In her address at the annual Sidney B. Sperry Symposium at Brigham Young University on October 26, Sister Madsen spoke of places of worship—such as the tent of meeting in the Old Testament—and how holy structures built at God’s command facilitated the law of Moses.

The building of the temple of Solomon was at the time when the practice of the law of Moses moved from a moveable temple or temporary tent of meeting to a fixed structure on a mountain.

“What a setting for His holy house. [It was] built and dedicated by Solomon to exact dimensions given of God in the same way Moses received detailed plans for the tent of meeting, only double the size.”