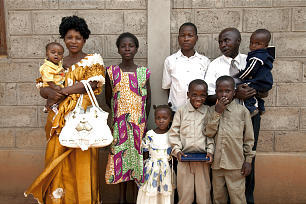 Elder William R. Walker — of the Seventy and executive director of the Church's Temple Department — learned early of the blessings that can be realized when faithful members have access to the temple.

In 1965, Elder Walker was a young full-time missionary serving in Japan. A temple did not exist then in that Asian nation and few of the local priesthood leaders had received temple ordinances. Under the direction of Elder Gordon B. Hinckley of the Quorum of the Twelve, a fund was organized to allow many of the local Japanese leaders to travel to Hawaii and receive their own temple blessings in the Laie Hawaii Temple.

The Church in Japan, said Elder Walker, was never the same.