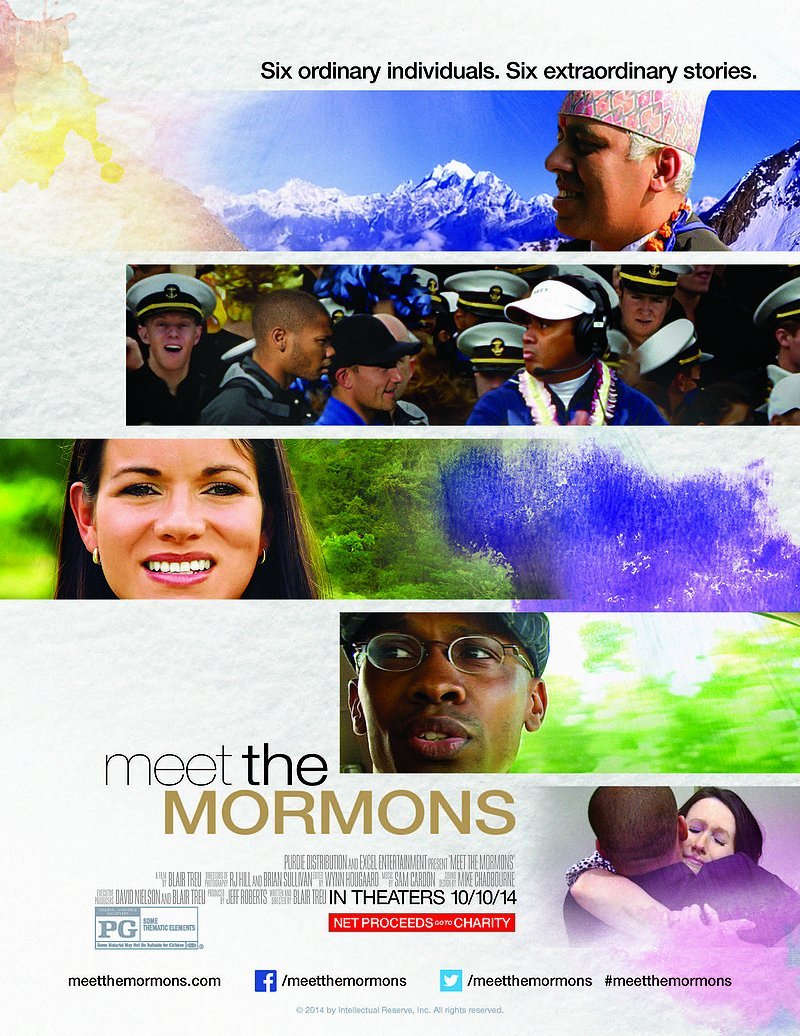 The 10 Biggest Church Announcements from 2014

In October, the Church released a transparent video explaining the sacred nature of temple garments by comparing them to religious clothing worn by people of other religions.  The video generated a lot of public interest, drawing the attention of major news outlets such as the Washington Post and USA Today and becoming explosive on social media where it generated a lot of positive feedback.

In response to this popularity, the Church released an announcement explaining the reason behind this video: to provide accurate online information for others to access as a resource.

This year's October general conference featured four languages, making it a historic milestone in the history of the Church.  In order to reflect the worldwide nature of the Church and its international membership, spokesman Dale Jones announced in September that those "whose primary language is not English now have the choice to deliever their talks in their native tongue."

Four speakers (Elder Michael John U. Teh of the Philippines, Elder Carlos H. Amado of Guatemala, Elder Claudio D. Zivic of Argentina, and Elder Marcos A. Aidukaitis of Brazil) representing three languages spoke at general conference following this announcement, with subtitles translating these messages into over 90 languages.

The Church has outlined a series of new and more rigorous seminary graduation requirements in the hopes that the youth of the Church will become more invested in their religious education, making them more self-sufficient and dedicated disciples of Christ.

Implimented at the beginning of this school year, these changes require seminary students to read the book of scripture they are studying for the year and pass learning assessments in addition to attending class and receiving an ecclesiastic endorsement.

These changes are designed to suppliment the new Come Follow Me curriculum and help the youth of the Church become more converted to the Lord and His Church.  "We’d like to help [students] elevate [their] learning experience," said Wayne Davis, manager of communications for Seminaries and Institutes of Religion.  "We want to help [them] become more converted, have more confidence in the scriptures, in [their] ability [to navigate] the scriptures, and to be able to use that to bless [their] life" (quoted from lds.org).

In addition to these new graduation requirements, the Church also announced an online seminary option for youth that will allow for more flexibility and independence in seminary and gospel studies.

Chadd Webb, the administrator of LDS Seminaries and Institutes of Religion, explained that the Church previously did not employ women with dependent children as seminary and institute teachers in "consideration of their important role as mothers."  Webb then added, "while we continue to recognize that contribution that they make in their homes, we also recognize that sometimes their personal and family circumstances require them to work."

At the beginning of December, the First Presidency sent its first official email newsletter to millions of Church members all across the world.  The email newsletter went out in 10 languages and announced news and uplifting messages about the upcoming Christmas season.

In this first email, the First Presidency states the purpose of these newsletters are a "part of our effort to find more effective ways to communicate with our growing global membership in order to share timely and valuable messages that can strengthen our love for Jesus Christ, for our families, and for those around us.”

The newsletters will be sent out to the email accounts listed on members' LDS Account.

The Church produced a feature film released in theaters across the United States on October 10.  The movie was created in response to confusion online and in pop culture about who Mormons are. Its documentary-style approach highlights the lives of six members of the Church and shows how their faith inspires them to live Christian lives.

Though critics gave it less than glowing reviews, movie-goers loved it. Critics hoped for an in-depth investigative exposé on Mormon doctrine, church history, and contemporary social issues. Movie-goers enjoyed the non-preachy universal values portrayed in the lives of these Mormons from around the world.

The movie had incredible success its opening weekend because it (1) wasn’t produced by a movie studio, (2) was made by a church who has never before released a film to movie theaters, (3) didn’t have a large advertising budget, and (4) donated all the net proceeds to charity.

On November 18th President Eyring addressed a historic, international assembly of religious leaders from 14 faiths who met at the Vatican to discuss the nature of marriage.  During his address, President Eyring declared, "a man and a woman, united in marriage, have a transcendent power to create happiness for themselves, for their family, and for the people around them.”  (Read a full transcript of the address.)

Elder L. Tom Perry of the Quorum of the Twelve Apostles and Bishop Gérald Caussé of the Presiding Bishopric also joined the discussion to represent LDS views on the value of marriage and the eternal nature of the family.

Now there is a new way for Mormons to "Follow" the prophet.  This year, the First Presidency and the Quorom of the Twelve apostles began sharing the love and light of the gospel in a new way--through tweets.  Elder M. Russell Ballard was the first apostle to share a tweet back in May; since that time, all of the apostles have joined Twitter and shared messages of their own.

"Follow" the prophet and other apostles at their official handles:

Over the past year, the Church has been publishing in-depth essays on lds.org about popular gospel topics that are often difficult to answer or misunderstood.  Among these was a discussion on plural marriage that the Church completed three weeks ago--an essay that generated significant media coverage and public interest.

The Church has responded to this publicity and clarified many misconceptions regarding Joseph Smith and the history of polygamy in the LDS church.