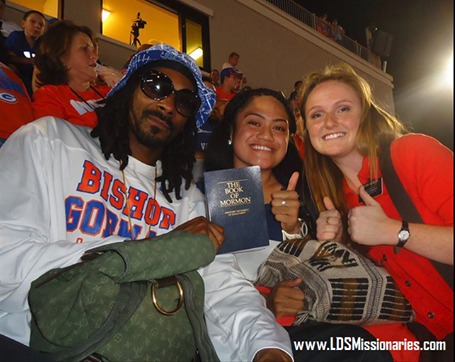 Looking for more top LDS stories from this past year? Make sure to check out the top LDS news stories of 2014.

When presented with an immodest dress to wear in a photo shoot promoting heart health, Noelle Pikus-Pace had a decision to make: wear the dress for a good cause, or stick to her standards.

This story of LDS Olympian Noelle Pikus Pace standing up for modesty at a photo shoot reached so far that even The Big Band Theory star Mayim Bialik wrote about it on her Facebook page. Her post sums up exactly why this piece went "viral":

"You don't have to be Mormon to appreciate this Olympic athlete's story about what happened at a photo shoot when she was asked to 'sex it up.' What a well-spoken young woman. Admirable!"

When Gustavo (Gus) Garcia posted a video from his mission on his way home from a US Army assignment, he had no idea it would go viral. Yet the talented dancer, now married for five years with three kids, found himself plastered across the internet for a simple act of missionary work he did years ago.

He recalls the story behind the viral video, which happened on a preparation day at a popular market. “We noticed a frustrated Michael Jackson who was not getting the tips he thought he deserved. We offered to console with him. And as we expected, he rejected us. So I said ‘If I can out-dance you, will you give us 10 minutes?’ He accepted the challenge.”

Watch the "dance-off" below:

Since re-posting the video, which was originally shared six years ago by Garcia's companion Jason Smith, Garcia has seen an overwhelming response. "I've gotten a lot of positive feedback and I hope it can show the world that Mormons are just normal people sharing something that has enriched their lives." He hopes that the video will influence others for good and is grateful for his mission experiences.

-->Get the full story behind the movie

Two sister missionaries made the internet wonder after they snapped this picture of themselves with the famous rapper, Snoop Dogg. The image was quickly shared on social media as Mormons and non-Mormons alike clicks, commented, and shared.

Here's a quick review of the story behind the picture:

After receiving permission from her mission president to watch her brother play in a high school football game, Sister ‘Otukolo and her companion, Sister Andelin, learned that Snoop Dogg’s son also played on the team.  So, at the game, these two ambitious missionaries went on the lookout for Snoop Dog and managed to snatch a candid photo of the rapper with the Book of Mormon that they posted to the LDS Missionaries Facebook page.

A couple of missionaries unknowingly adapted the definition of doing online missionary work thanks to a photo originally posted on Reddit and now also on imgur that went viral. The picture, captioned "The Mormons insisted on speaking to my mom. So here they are helping her garden," has attracted more than two million views and almost 1500 comments.

-->Learn more about the photo & the online community's response to it

On Nov. 14, the group released the video "Top Soccer Shootout Ever With Scott Sterling," a sketch written by actor Matt Meese that now has more than 15 million views.

Watch the video below:

Though the video on YouTube was originally posted in 2010 and only has about 1.5million views, this adorable footage of a missionary in New Zealand rescuing some ducklings from a storm drain went viral when it was shared on Facebook.

The original post suggested it was a pair of "policemen" in the video, but others were quick to correct that.

Watch the adorable video below:

Good Morning America featured the LDS blogger who wrote the viral post, "I blamed my wife for our messy house, I was wrong for many reasons."

The post, which explains how a dirty house can mean a child well-cared for, exploded across social media platforms after it was reposted from the author's personal blog onto the Washington Post.

"You know in a lot of ways I wish it hadn’t [gone viral]. . . .But it really took off, and in a lot of ways I kind of wish it hadn’t. Mainly because I’d like to think that we’ve moved past this now as a society. I really liked what Good Morning America had to say, and I’m really glad that it was positive, but at the same time it felt like a conversation right out of the 50s."

-->Read the original post, "I blamed my wife for our messy house, I was wrong for many reasons"

Jacyi Underwood, a 23-year-old from Provo, launched to internet fame--without realizing it. Her boyfriend took a video of her talking after getting her wisdom teeth removed. The only thing on her mind? Nicki Minaj and Ellen Degeneres.

The video, which has over 4 million views to date, attracted the attention of the talk show host, who invited Underwood to come on The Ellen Degeneres Show, proving, as Underwood says in the video, that Ellen Degeneres is generous.

Watch the movie that took the internet by storm below:

This simple Mormon message about a selfless mother was shared on social media like crazy. The movie, which is about nine minutes long, follows a young mother of two as she goes throughout her day. It shows how she helps her son complete a last-minute science project, that she makes time to listen to a sibling, and even make dinner for a neighbor, leaving her no time to spend with her cousin, something she'd been planning on and looking forward to.

But you never know the good you do when you choose to serve.

Watch the movie to find out the consequences of her choices:

LDS celebs Alex Boye, Shay Carl, and Studio C joined over 1,000 people and animals gathered together to create the world's largest live nativity in Provo, Utah. In all, over 10,000 hours went into the project. Sheri Dew accepted the Guinness World Record certificate on behalf of the group.

From the footage of the event, David Archuleta, the Piano Guys, and the Mormon Tabernacle Choir collaborated to make the viral nativity video that flooded Christian Facebook feeds:

In the first twenty-four hours it was posted, over a million people saw this gorgeous photo of a real-life lighted tree found in Draper, Utah.

The willow tree has been lit in this spectacular style for the past several years by Draper city via the lighting display company Brite Nites. Local residents took to calling it "the tree of life," after its similarity to the Book of Mormon illustration: