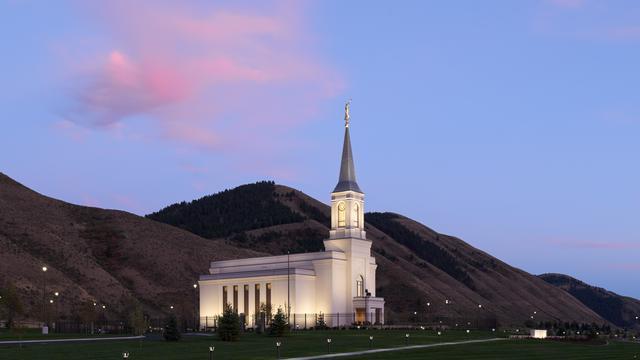 The first temple to be built in Wyoming was announced by President Monson at the October 2011 general conference, but this announcement wasn't too much of a surprise to members living in the state.

After all, it was prophesied by Elder Moses Thatcher of the Quorum of the Twelve more than a century ago.

Church officer George Goddard reported in the July 3, 1894, edition of the Deseret Weekly that Elder Thatcher had told him the "...bench land on the eastern portion of Afton will afford a beautiful site for a Temple hereafter to be built..."

More than 122 years later, that prophecy is about to be fulfilled.

On Oct. 30, 2016, the long-awaited Star Valley Wyoming Temple located in Afton, Wyoming, will be dedicated.

"We truly believe this new temple will be a great asset not only to members of the Church but also to the people of the surrounding community, who will benefit from the peace and beauty a temple brings," Church spokesman Jerry Hansen says.

Before the dedication, the Church is inviting the public to view the first temple in Wyoming during its free, public open house tours.

These tours will run from Sept. 23 to Oct. 8. and reservations are available at templeopenhouse.lds.org.